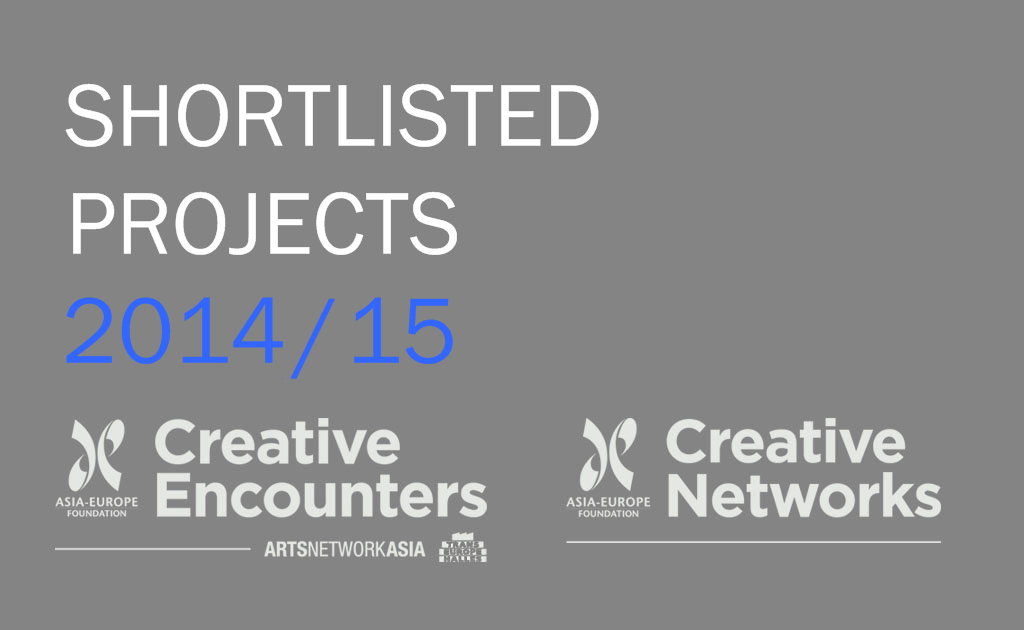 Proposals for ASEF’s Creative Networks and Creative Encounters programmes have been shortlisted this month, following a thorough review of the submitted proposals.

The shortlisted applicants have been requested to submit a detailed proposal by Monday, 1 December 2014. Successful applicants will be notified in January 2015.