Magazine > Festivals and Communities in Thailand | The Pahtum Thani Festival 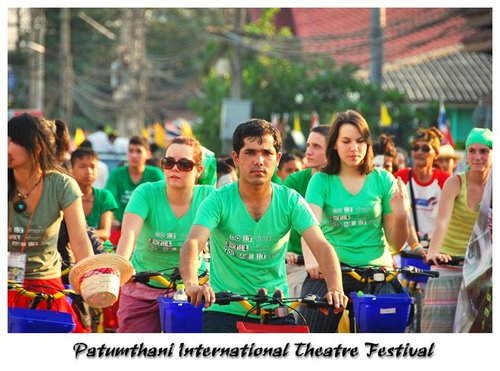 Despite the lack of government support towards performing arts in Thailand, various artists and organizers are striving to create arts festivals for and with their respective communities. While limited in technical and financial resources, some of these events thrive with successes. They have created unique festival models with excellent audience turnout, an immense sense of festivity, and a rewarding performance and exchange experience for international artists.

Two cases of Thailand in the context of the festivals and their communities will be shared. This first part outlines the case of Pahtum Thani International Theatre Festival, is an event created by Moradokmai Theatre Troupe to connect the different facets of their work. 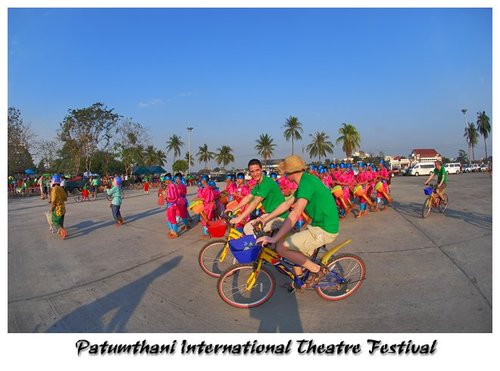 The festival is organized by Moradokmai Theatre Troupe, a group founded by one of the towering figures in contemporary Thai theatre, Janaprakal ‘Kru Chang’ Chandruang.

Founded in 1995, Moradokmai began as a typical theatre company with its rented office and studio space, and presented several productions round the year. Members mostly relied on other jobs in television or film to support their life as stage thespians.

An incessant search for theatre’s purpose 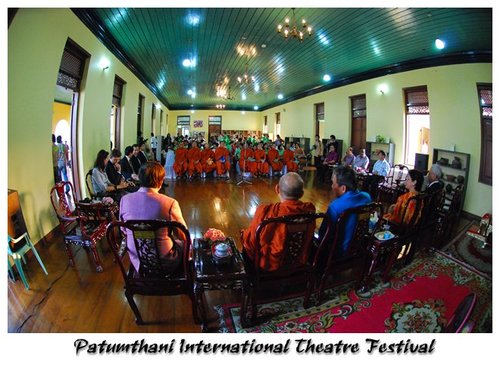 “In about 2000, Moradokmai started to question the purpose of making theatre. Kru Chang believes that there is more duty in making theatre than mere self-expression, that theatre is a way to heal and to bring awareness to one selves and others.” explained Pobchan ‘Ju’ Leelasartsuntorn, the general director of Moradokmai, about what she described as a paradigm shift of the company.

To implement this vision, Moradokmai has developed three main facets of work. The first area is its focus on the young generation. School halls all over Thailand, instead of theatres in Bangkok, became the main venues for Moradokmai performances. They facilitated to create a network of young dramatists from over 40 schools to create theatre works that concern issues in contemporary society. Friends, relatives and monks are invited to the performance and the post-performance discussion.

Secondly, Moradokmai underwent a transformation with its organization. With the members’ growing sense of disenchantment with materialism and the desires to focus on creating theatre works, the group purchased a piece of land out of Bangkok in Pathum Thani province and spent two years to develop the no man’s land into the founding place of the theatre community.

Here members lead a very simple, Thai way of life and make theatre together. Everyone learns to do everything, from preparing meals to growing vegetables to building houses and theatre, from acting to music to technical work. They wake up before sunrise to polish their theatre skills. No television is in sight to encourage interpersonal communication. No one received salary and income from projects goes to the maintenance and development of the community. At the same time, the community is also ready to help individual member’s problems whenever necessary.

“This is real life, and not a fairy tale. It was very hard in the beginning since this is a new way of living for all of us. There were members who left and there were times we experienced difficulties in making ends meet.”

Things have improved these days and the community does not only manage to maintain the simple operation of the community, but is also capable of developing more initiatives. A small free Moradokmai Home School programme was established to have about twenty students live and study with the Moradokmai members.

Festival as a meeting place 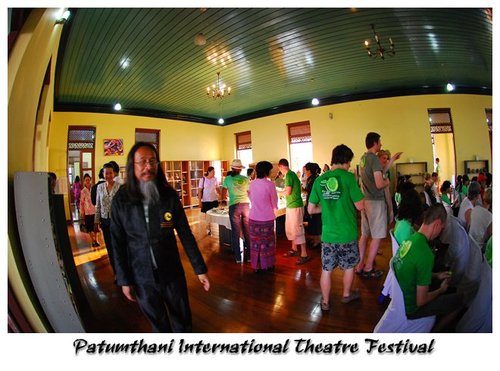 It was within these contexts that Pathum Thani International Theatre Festival came into being as a platform to bring together these three facets in Moradokmai’s work and communities.

With a few months’ intensive preparation, the first festival happened in 2008. Over 300 students from all over Thailand, and over 100 performers from various countries gathered in Pathum Thani for this 10-day, from-dawn-til-dark theatre fiesta, where everyone is artist as well as spectator.

With an opening that paraded the artists and students in the nearby villages in farm trucks, the festival goes on to present performances from Thailand’s student theatre troupes, as well as workshops and performances by overseas artists. Artists are invited to give commentary to students and students will meet the artists in post-performance discussions. Various forms of performances range from physical theatre, puppetry, music, folk theatre, dance theatre, traditional theatre, clowning…They got up before sunrise to practice morning drills and got together to play music after performances were over.

At the end of the festival, a traditional Thai “Wai Khru” (paying tributes to teachers) ceremony will be hosted, in which all students and artists will take part in the traditional rituals to honor the participating artists to conclude the event.

Through the festival, the participating artists gained a hands-on understanding of the Moradokmai Theatre Troupe, the unique community it created and the young people in Thailand. The 300 young participants, most of whom probably never had a chance to see productions from overseas in their life, got to not only watch, but also work with artists from different cultural backgrounds.

The next edition of Pathum Thani International Theatre Festival will be held in Janurary 2012. Another plan of creating a much bigger theatre community of over 200 rais (80 acres) of land in Loei province is in progress. Plans include a university and the creation of a community for international artists.

Keep an eye out for the second part of Festivals and Communities – Thailand case studies next month, where Toby To will discuss festivals and arts events in Chet Samien.

Based in Bangkok, Toby To is a full-time lecturer at Srinakharinwirot University International College for Sustainability Studies, and an independent arts management consultant. He co-founded Hong Kong’s On & On Theatre Workshop, and was International Programme Director with Patravadi Theatre from 2008 to 2011, during which he curated the Fringe Festivals in Bangkok, Ratchaburi and Hua Hin. 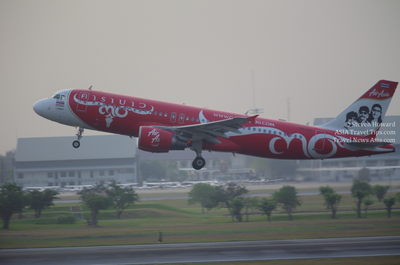 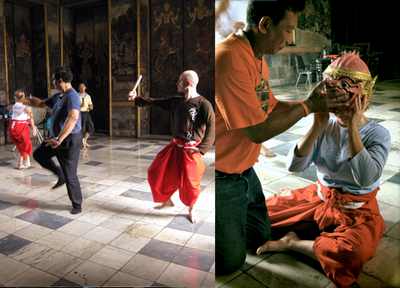