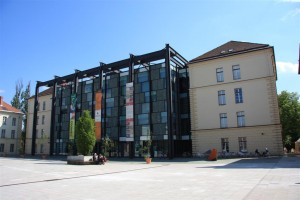 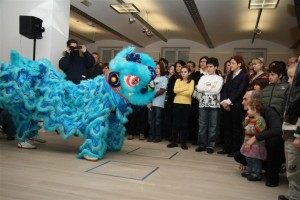 The Slovene Ethnographic Museum, in Ljubljana, Slovenia, is the national museum of ethnology, a result of the development of Slovene ethnological and anthropological thought, the oldest Slovene institution of ethnology, founded in 1923.

A museum with collections of national and European significance testifying particularly to the traditional culture in territories inhabited by Slovenes as well as to everyday life, especially of the rural population. It is also a museum with some equally important collections originating outside Europe. A museum of cultural identities; a link between the past and the present, a museum "about people, for people". Through its annual round of exhibitions and other events - Slovene (minority and expatriate communities), European and non-European - and through its rich educational programme and publications, it presents and reports on traditional culture in Slovenia and the culture of some other of the world's peoples, on the material heritage of both everyday and festive life, and on the intangible heritage of knowledge, values, skills, wisdom and creativity to be found in the Slovene ethnic sphere, both in the diaspora and elsewhere.

ASEMUS means a door to other museums of Asian museum objects.