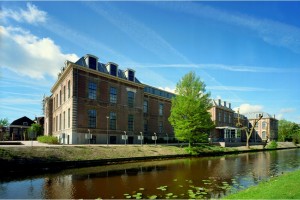 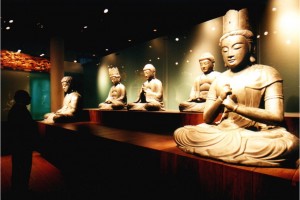 The National Museum of Ethnology (Museum Volkenkunde)  in Leiden, the Netherlands, maintains a number of world-renowned collections, assembled by illustrious collectors.

King William I (1772-1843) founded the Royal Cabinet of Curiosities in 1816 in The Hague on the basis of a collection of “Chinese curiosities”, donated by a private collector. The King was very interested in collecting and requested the governing bodies in the Colonies to promote this and see to it that objects were donated to him. Over the years, curiosities of all kinds were added to the collection, but ethnographic objects continued to form its core. This was reinforced by the acquisition in 1826 and 1831 of Japanese objects collected by J. Cock Blomhoff and Ph. F. von Siebold followed by the J.F. van Overmeer Fisscher’s collection in 1832. After the Royal Cabinet of Curiosities received the Japanese collection of J. Cock Blomhoff, its policy became to form a comprehensive collection of objects, which would serve to explain to the Dutch audience what Japanese culture was. In 1883 the Royal Cabinet of Curiosities was dissolved and the ethnographic objects went to the National Ethnographic Museum in Leiden that had been opened 19 years earlier, in 1864. Its collections were expanded considerably. Then, in the first decades of the twentieth century, a great deal of material from Indonesia was added. The museum was also able to acquire some valuable collections from the South Seas, Africa (including the Benin bronzes), America (including a remarkable collection of Peruvian ceramics), Tibet and Siberia. In 1937 the museum moved to its present premises and was renamed National Museum of Ethnology. After the Second World War, exhibits from places such as New Guinea and Greenland arrived. In the second half of the Twentieth Century the curators of the museum continued to collect. The National Museum of Ethnology became famous all over the world for its well-documented collections. The museum underwent a major renovation in the 1990s.

Integration into the National Museum of World Cultures

View all Asia-Europe Museum Network (ASEMUS) members in the Netherlands

Museum of the Tropics, the Netherlands