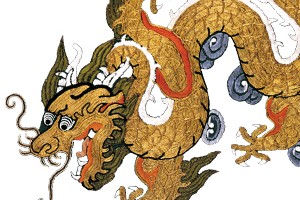 The history of the Museum of Cultures/National Museum of Finland, begins with the Coin, Medals and Art Cabinet established at the Imperial Alexander University of Helsinki in 1828. This collection of objects were used as aids for teaching. The collection included primarily natural history specimens, but also ethnographic and archaeological materials. The first collection item of the Cabinet, which is also the oldest object of the Museum of Cultures was catalogued in 1828 with the designation VK 1 as “an overcoat worn by Indians from California”. 150 years later it was identified as a Salish Indian cloak. In 1849, the ethnographic collections were transferred from the Coin, Medals and Art Cabinet to the recently established Ethnographic Museum of the Imperial Alexander University of Helsinki. In the 1800s, the collections of the University’s Ethnographic Museum mostly grew through donations or small purchases from private individuals. The donors and vendors were mainly sea-farers, military officers, merchants and academics who had the opportunity to travel.There were also many individuals who were in Russian service. The majority of the museum’s foreign collections came from North America, particularly from Alaska, which was a Russian colony at the time. China represented the second-largest group. Four major collections were combined in 1893 to form the State Historical Museum. In 1916 it was renamed the National Museum of Finland and opened to the public in a new building. The Finno-Ugrian collections was increased through field expeditions, the purpose of which was to find out the origin of the Finnish language and the Finns. Some of the individuals who had contributed to the Asian collections included: professor U. T. Sirelius (mostly Khanty; Western Siberia), linguist, professor Artturi Kannisto (mostly Mansi, Western Siberia), linguist Toivo Lehtisalo (Tundra and Forest Nenets, Siberia), Salvation Army officer, missionary Edvard Rosenlund (Central Sulawesi, Indonesia), professor G. J. Ramstedt (Mongolia), missionaries Siiri Uusitalo (Japan) and Toivo Koskikallio (China), and baron, President of Finland C. G. E. Mannerheim (Central Asia). More recently, the India and Siberia collections have greatly increased due to collecting during field trips undertaken by the museum’s own curators. In 1996, a major collection of South and Southeast Asia objects was bequeathed to the museum. In 1999,  the Finno-Ugrian and ethnographic collections of the National Museum of Finland were combined and named Museum of Cultures. This new museum opened in Tennispalatsi (Tennis Palace) building at the center of Helsinki.