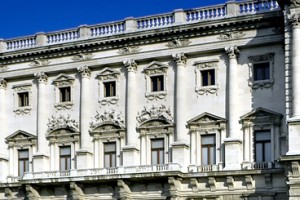 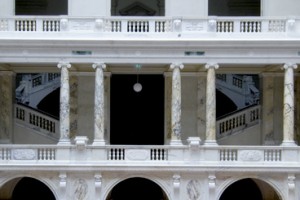 The Weltmuseum Wien (World Museum Vienna), formerly known as Museum of Ethnology Vienna, is one of the most important of its kind worldwide. It developed out of the Anthropological-Ethnographical Department of the Natural History Museum, in 1928 becoming an independent museum located in the Hofburg Palace. Its oldest exhibits were acquired in the 16th century, and found their way via Ambras Castle in the Tyrol to the Imperial collection in Vienna. The collections of the Weltmuseum Wien comprise more than 200.000 ethnographic objects, 25.000 photographs, 136.000 printed works and over 300 kilometers of film on the history, culture, art and everyday life of predominantly non-European peoples.

The origins of the Museum of Ethnology date to the year 1806, as with the acquisition of a portion of the Cook collection a separate 'imperial and royal ethnographic collection' was established in the imperial Hofnaturalienkabinett  (lit. court cabinet of natural objects).  From 1876, the anthropological-ethnographic department of the Natural History Museum administered the rapidly growing holdings.  Since 2001, the museum is a part of the scholarly institute “Kunsthistorisches Museum with the Museum of Ethnology and the Austrian Theatre Museum.”

ASEMUS gives us the possibility to make networking with museums all over the world. Another positive aspect of meetings organised by ASEMUS is the exchange of ideas, comments and information among the staff of museums.

Weltmuseum Wien closed its doors on the 3rd of November, 2014 – and it will reopen only in autumn 2017. After changing its name from Ethnological Museum to Weltmuseum Wien and adopting the corresponding new corporate design in the Spring of 2013, this is another landmark in the history of this institution. Museum staff has been working for months, together with a consortium of international architects, on redesigning the Museum. Now the plans are becoming reality – and Weltmuseum Wien can promise that something very special is being created in the landscape of international museums. Fourteen showrooms are planned which will be strung like a chain of pearls as a series of stories. Not to be forgotten is the redesign of the area in front of the Museum with a Media-Cube which will have multimedia exhibitions. An altogether WOW and AHA effect! Collection size:  about 200,000 Collections North and Central America; South America; East Asia: China, Korea, Japan ; Insular  Southeast Asia ; North Africa, Middle East, Central Asia and Siberia; Oceania and Australia ; Sub-Saharan Africa ; South and Southeast Asia, the Himalaya countries; Archive ; Photo graphic collection 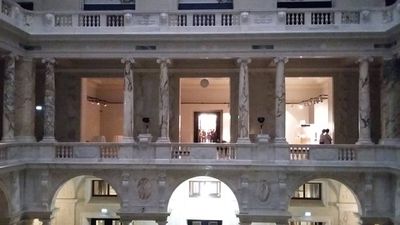