The Athens International Film Festival OPENING NIGHTS, was founded by the Athens Film Society Non-Profit Organization with the intention of:

ΙΙΙ) establishing itself as the ideal opening of the coming movie season.

The Festival was launched in September 1995 and continues successfully until now. The movie theatres accommodating the Festival are: 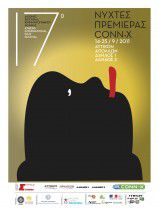