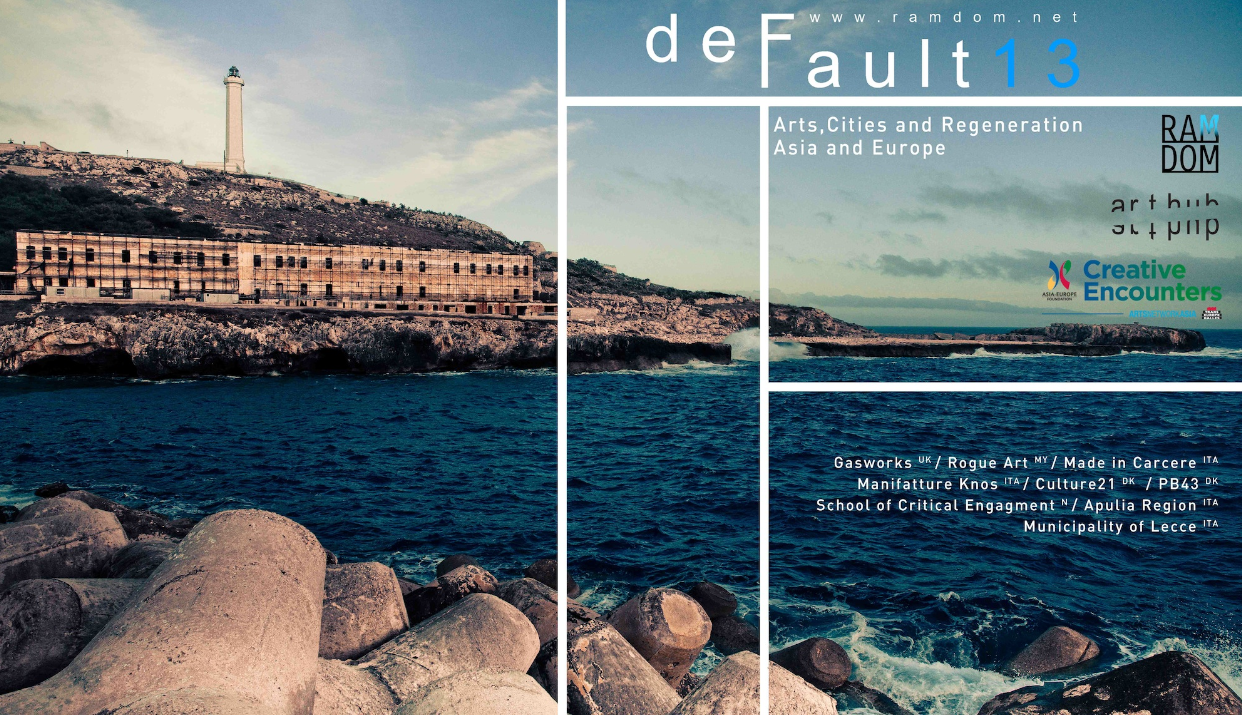 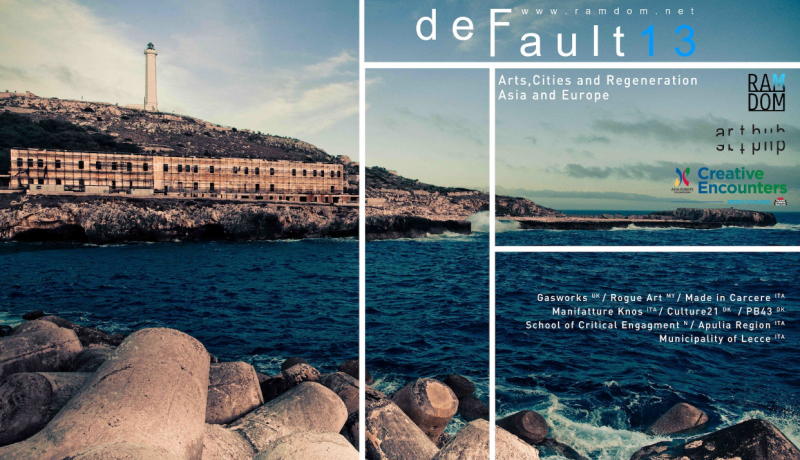 DEFAULT13  - new deadline for applicants. Organised by Ramdom (Lecce, Italy) in collaboration with Arthub Asia (Shanghai, China) and with the support of the Asia-Europe Foundation (ASEF), Arts Network Asia (ANA) and Trans Europe Halles (TEH) as part of the programme Creative Encounters: Cultural Partnerships between Asia and Europe.

DEFAULT13 Masterclass residency in Lecce (Southern Italy) focuses on the role and perspectives of public art and its implications for the social, urban context as a tool for socio-cultural transformation.

Eighteen creatives and artists (9 from Asia and 9 from Europe), selected through an international open call, will be given the opportunity to discuss and try to answer the question “What is next in art, cities and regeneration?”

For ten days, participants will develop their research approach in intensive workshops and seminar sessions, they will expand their networks and exchange know-how with the support of a residency curator, and they will meet international leading curators, artists, art managers and representatives of cultural and artistic organisations from both Europe and Asia.

How do we interact within the framework of broader governmental policies concerning urban regeneration? How can we tackle the increasingly politicised policies that underpin cultural endeavours in revitalising urban centres and neighbourhoods? Do artists, curators and art managers have to default to the increasingly unfeasible regeneration practices entrenched in cultural structures because there are no alternatives given?

The project was born at a time when art workers, policy makers and cultural managers are confronted with mass funding cuts in the public sector. As the art and cultural communities face the disappearance of cultural regeneration projects, DEFAULT 13 proposes to face the uncertain future of such projects.

In attempt to deepen Western and Eastern perspectives on artistic and cultural practices, DEFAULT13 aims to build a bridge between Europe and Asia involving artists and professionals from diverse cultural backgrounds within debates about culture and artistic production.

The Masterclass will increase the possibilities in which people can create art by sharing ideas and experiences in order to develop and nurture new collaborations and networks. The works will take places at Manifatture Knos and other regenerated spaces in the city of Lecce.

At least one of the best artistic proposals will be realised after the Masterclass.
A publication documenting the Masterclass and individual artist projects will be edited afterwards as well.

Works will be in English.

HOW TO APPLY and ADMISSION CRITERIA
Applying artists are asked to submit a short project on proposal that addresses the question “what’s next in art, cities and regeneration?”
An international committee of art professionals will then select 9 European and 9 Asian artists to participate in the masterclass.

See the call and download the application form on www.ramdom.net

DEFAULT 13 is organised by Ramdom (Lecce, Italy) in collaboration with Arthub Asia (Shanghai, China) and with the support of the Asia-Europe Foundation (ASEF), Arts Network Asia (ANA) and Trans Europe Halles (TEH) as part of the programme Creative Encounters: Cultural Partnerships between Asia and Europe.

DEFAULT 13 is a multipart project, composed of: 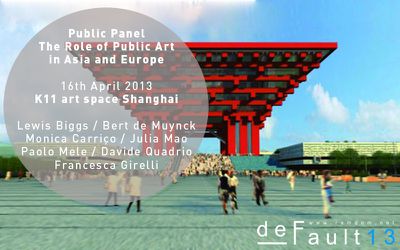