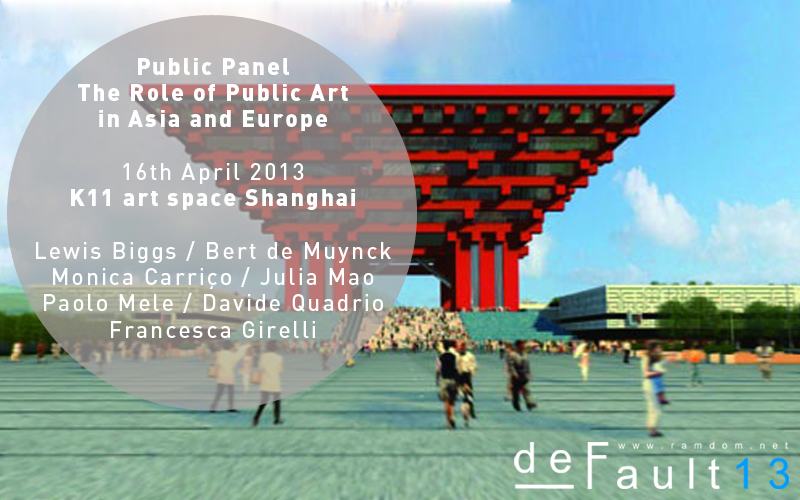 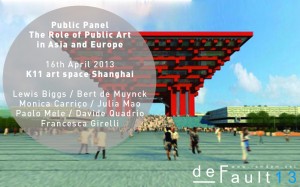 DEFAULT 13 is a collaborative project between European and Asian cultural institutions, focusing on the promotion of knowledge exchange concerning curatorial and artistic practices between the two continents. The lecture held at K11 in Shanghai is the first public panel of six that will be organised between April and October 2013 in different cities across Europe and Asia that will address the relationship between contemporary art, cities and regeneration. On this occasion the lecturers will address, through their different professional experiences and backgrounds, the role of Public Art in Asia and Europe.

Based on specific case studies and examples brought by the invited lecturers, the panel will address the following topics: The series of 6 events will be open to local audiences with the aim of increasing the awareness of the social role of art through the experience of skilled professionals. The talks  and the Masterclass itself, is to develop and strengthen an international platform to foster mobility and international collaborations. The panels and lectures will lead to the DEFAULT 13 ten-day Masterclass to be held in September 2013 in Lecce, Italy. The Masterclass will host eighteen creative practitioners and artists (9 Asian and 9 European) who will share and develop their research approach in intensive workshops and seminar sessions, expanding their networks and exchange know-how with the support of leading curators, artists, art managers and representatives of cultural and artistic organisations from both Europe and Asia. DEFAULT 13 is organised by Ramdom (Lecce, Italy) in collaboration with Arthub Asia (Shanghai, China) and with the support of the Asia-Europe Foundation (ASEF), Arts Network Asia (ANA) and Trans Europe Halles (TEH) as part of the programme Creative Encounters: Cultural Partnerships between Asia and Europe. 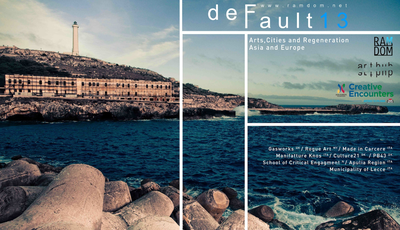 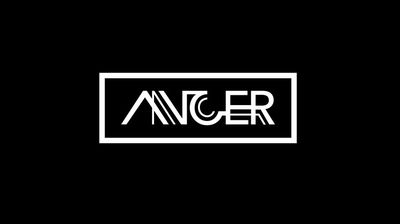 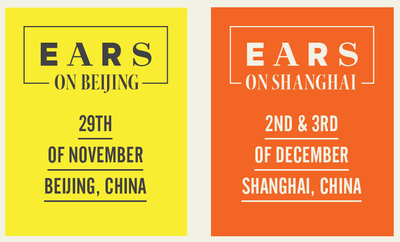