Open call for artists: Chronotopia: Haga and Korsvägen. An exceptional opportunity for artists to engage in shaping the underground spaces of Gothenburg. The Public Art Agency Sweden and the Swedish Transport Administration invite artists to participate in the second international competition for one of Gothenburg's largest construction projects ever: the new subterranean railroad with three new stations in the area of the West Link.

The aim of the project is to invite the artists to influence the design of the stations, so they can contribute to shape the architectural spaces and collaborate with the architects and constructors to make the environments unique. The art is meant to be an integral part of the overall design, and not be experienced as an addition to a previously finished structure. The artistic proposal should therefore be further developed into a detailed sketch in the next phase (planning), as the basis for the production of the artistic proposal.

The overall curatorial focus for the West Link is the concept of Chronotopia (from the Greek words chronos—time—and topos—place). Chronotopia proposes an investigation of the present, a review of the value of the past, and a look into the potential of the future, with an interest in site-specific explorations. A complex network of identity, heritage and relations within a globalised world can be examined from artistic perspectives and expressed in proposals integrated in the city's public spaces.

The first competition, Chronotopia: Centralen and Olskroken, was announced in March 2016 and has now finalised. The two winning proposals have been selected by the jury: Danh Vō’s Tongue and Groove and Katharina Grosse’s bLINK. Their proposals for the new underground Station Centralen and the bridges at Olskroken will be further developed during the spring of 2017. For more information, please click here.

The second competition, Chronotopia: Haga and Korsvägen, has just been announced and focuses on the stations of Haga and Korsvägen. The competition is structured in two phases. The first phase (Prequalification) is a call for entries. Applicants are requested to submit their portfolio and CV, and to fill in the entry form.

Among the received entries, eight artists will be shortlisted to participate in the second phase (Competition). The eight selected artists will receive a document with guidelines (Competition Programme) and a fee of SEK 120,000 excluding VAT (approximately EUR 12,000) to develop a draft project proposal.

Among the draft project proposals, two artists will be selected to participate in the third phase (Design and planning). This will signal the end of the competition. Here, the winning artists will have the opportunity to further develop their proposals in close dialogue with architects and engineers. The budget for the artistic design of each of the two sites is SEK 7 million (approximately EUR 700,000). The proposals will be implemented during the fourth phase of the project (Implementation).

The first phase of the competition Chronotopia 2: Haga and Korsvägen is now open.

Applications must be submitted no later than February 21, 2017 (latest midnight, local time Sweden).

For further information on competition rules and how to apply, please click here. 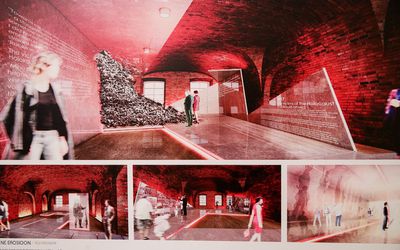 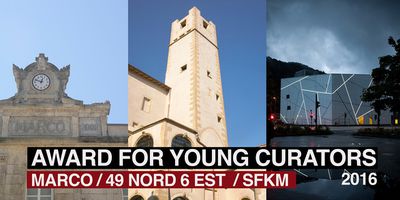