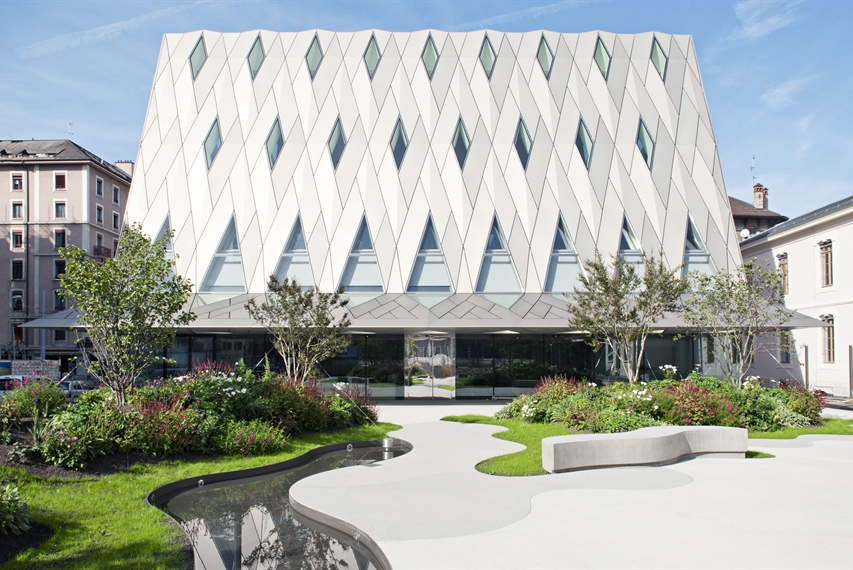 European Museum of the Year Award

The European Museum of the Year Award 2017 goes to the Ethnographic Museum of Geneva, Switzerland. The museum received the EMYA trophy, "The Egg", by Henry Moore, which it will keep for one year. This is an excellent example of a living museum and a multicultural story open to everybody. After more than one hundred years since its first opening, MEG has been able to successfully transform its mission and approach its audience in a new way. Indeed, the two main guidelines driving MEG are multiculturalism and an interdisciplinary approach. The museum’s enormous ethnographic collections from all over the world are almost completely accessible online and are displayed in the most unbiased way, letting the objects speak for themselves as much as possible. Commitment to diversity leads MEG to continue ethnographic research worldwide, on the one hand, and to plan socially-engaging museum programmes in collaboration with other institutions on the other. The museum’s entire performance is based on the belief that the protection and safeguarding of cultural diversity and the heritage of different cultures must be transmitted to the broadest audience possible.

The Council of Europe Museum Prize and the accompanying trophy, "La femme aux beaux seins", by Joan Miró, goes to the Mémorial ACTe, Caribbean Centre of Expressions and Memory of the Slave Trade and Slavery, Guadeloupe, France. Mémorial ACTe is unique in the European museum landscape both because it is located outside the usual boundaries of what we call Europe and because it has proved capable of extending the powerful and significant narrative of its subject matter to the present time, taking into consideration modern forms of slavery and human trafficking. Being a place of living memory, the museum tells the story of slavery and the slave trade in a mainly chronological frameset with the aim of helping to build a new society through remembrance. Mémorial ACTe is a place where emotions play a strong part in the exhibit and dialogue through visitors merging the central narrative with the themes of resistance to racism, inequality and contemporary infringements of human rights with an often contextualized and scenographic display, an outstanding interdisciplinary approach is what integrates research and exhibits.

The Silletto Prize recognises excellence in working with the local community and involving volunteers. It goes to the Leiria Museum, Leiria, Portugal. Everyone involved in the project of the museum, from the mayor of the city, to the director, from the staff to the visitors, is strongly engaged with it: the care of the museum towards the public is forcefully reciprocated by the visitors who can participate in the visit experience at their leisure, without a redundant or overwhelming presence of technology and multimedia, as well as in the many social and socializing activities the museum offers. Staff and volunteers work together; volunteers are managed and coordinated through an ad-hoc volunteering database run by city officers. The museum coordinates the programming of the city’s other heritage sites and is well integrated with the local community.

The Kenneth Hudson Award is given in recognition of the most unusual and daring achievement that challenges common perceptions of the role of museums in society. It goes to Museum of the First President of Russia Boris Yeltsin, Yekaterinburg, Russia. The Museum of the First President of Russia Boris Yeltsin boldly presents a significant period in the history of Russia. It covers the dismantling of the Soviet Union and the birth of the new Russia without trying to glorify that time or its protagonists. The dramatic story is thematically arranged around a central plaza, in seven areas each representing a critical day in the main story and in President Boris Yeltsin’s life. The exhibition is emotionally engaging, intense and makes use of multiple information channels. The Yeltsin Museum raises questions and provokes debate around issues such as democracy, freedom and liberty of speech.