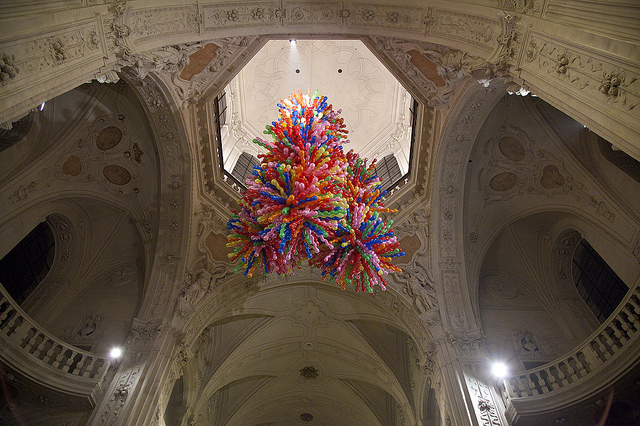 As part of the TINA B Prague Contemporary Art Festival this autumn, a special collaborative project 우리[WOO:RI] took place, with poetic intervention installations by Korean contemporary artists in prominent religious sanctuaries in the Czech Republic. 우리 [WOO:RI]- POETIC INTERVENTION : CONTEMPORARY ART FROM KOREA IN CZECH SANCTUARIES Although several of the exhibitions are now finished, you can view this interesting work online. Soun Hong's work at the Refectory of St Giles is open until 30 December. The special collaborative art project ‘우리[WOO:RI] is a poetic intervention aimed at bringing contemporary art closer to our lives through this intensive and spiritual engagement with the three artists from Korea at prominent sanctuaries in the Czech Republic. The concept of this project titled ‘우리 [WOO:RI]’ is a Korean word meaning ‘we/our/us’ in English. Here it is considered a metaphor for interhuman spheres which consists of relationships between people, societies, communities, individuals, and cultures. However, the concept behind this word implies more than what they literally meant in the Korean socio-cultural environment. Like a double-edged sword, it contains a strong sense of the social cohesion within the same circle of group consciousness. However, it can also show some sense of exclusionism and prejudice which alienates others who don’t belong to the sense of inclusion. In this sense, this project tries to explore and examine the double paradox of the notion of a relationship through the philosophical discourse between the artists and the spiritual voices in the sanctuaries of the Czech Republic – the poetic intervention. The aim of this intervention is to produce a positive but innovative confrontation against all kinds of relative prejudice that arise out of dichotomous views – the division of old and new, east and west, or sacred and secular. In reality, these dichotomous views mirror the creation of diverse possibilities of being. It could represent a mirror that will remind us that old is not so old in its strong presence and new is not so new, if we, for instance, picture an Asian salon with old Baroque interiors of chateaus and monasteries. This event arises out of an encounter between two complementary ways of observing art, embodied by the figures of the two curators JW Stella and Norbert Schmidt. JW Stella is an independent curator and cultural mediator based in London and Seoul who has curated high-profile contemporary art projects conceptually based on cultural anthropology. Norbert Schmidt is an architect, editor of the Theological Revue Salve and director of the Center for Theology and Arts at the Catholic Theological Faculty of the Charles University in Prague, which specialises in contemporary art, architecture, liturgy and sacred spaces. Read more about the project concept
Co-organisers: Academic Parish of the Holy Savior in Prague, Dominikánská 8 at the St. Giles Dominican Priory in Prague, Most Holy Trinity Monastery of the Discalced Carmelites in Slaný, JW STELLA Arts Collectives.
Image:TINA B. - Choi Jeonghwa - Krasny, krasny zivot 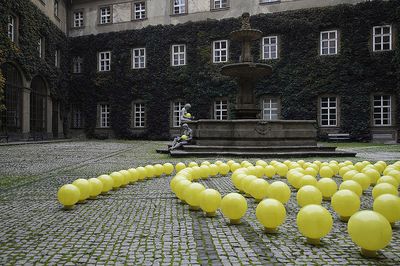 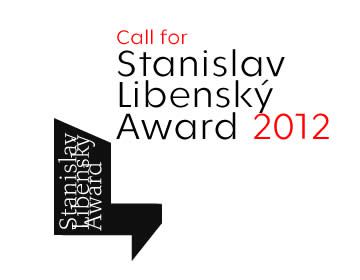