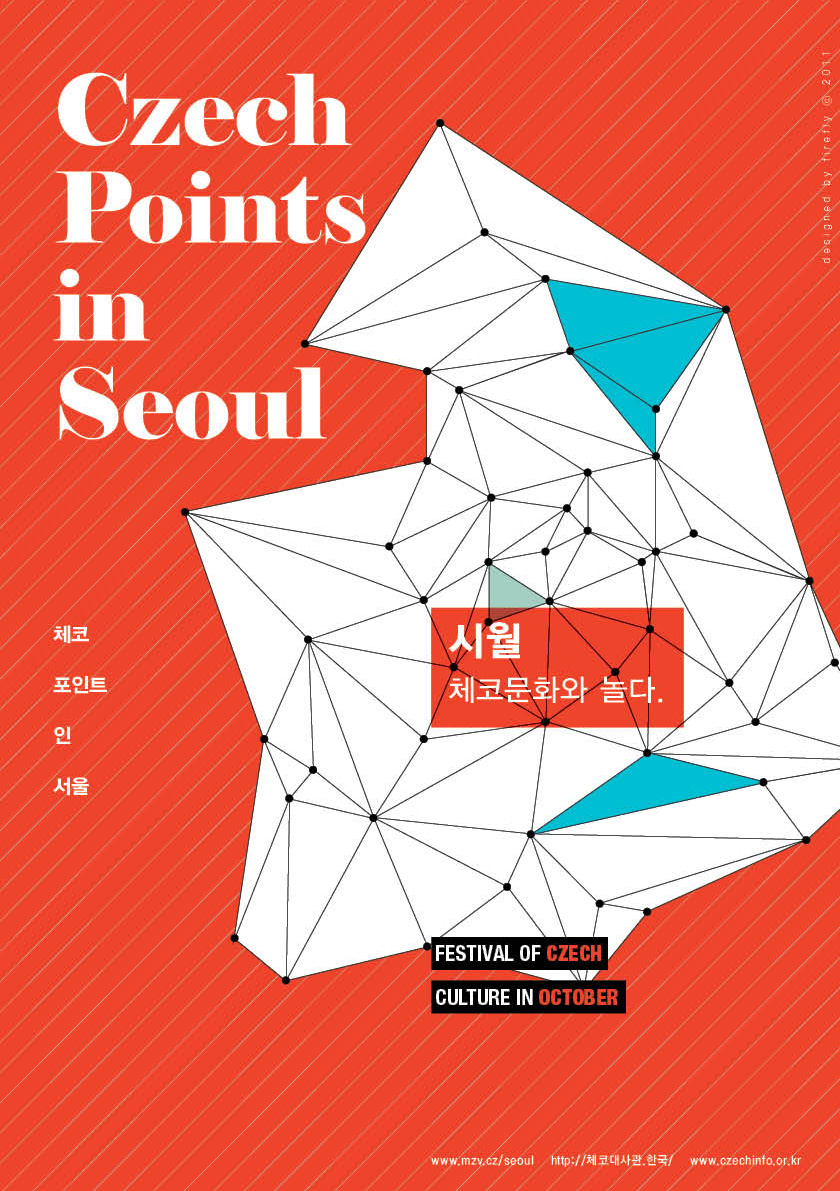 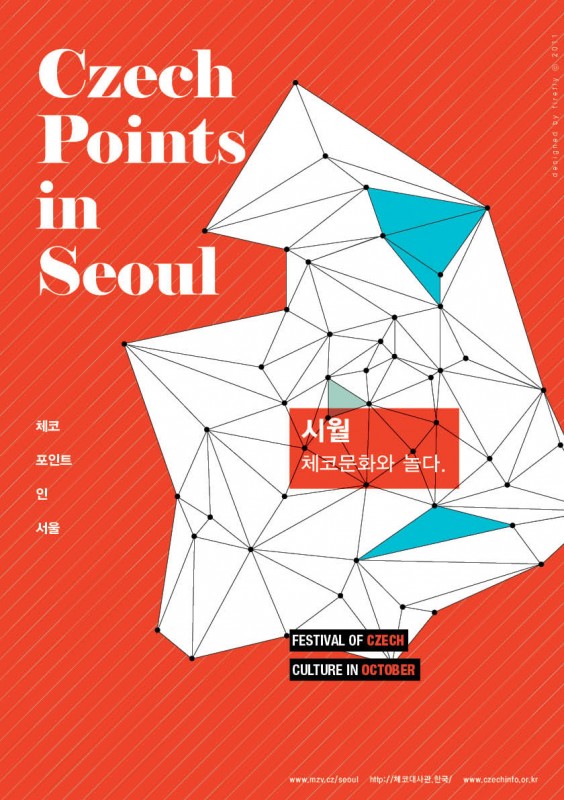 The Czech Republic brings the best of its culture to Seoul with the Czech cultural festival "Czech Points in Seoul" running from end of September to early November 2011. The five week long festival  features more than twenty different events in fifteen places in the capital of Korea and presents to the Korean public a wide variety of events, including Czech theatre and dance performances, classical music ensembles, musicals, film festival, visual arts exhibition and many more.
The Czech National Theater drama troupe will perform Makropulos Case directed by Robert Wilson and based on drama by Karel Čapek on three shows in National Theatre in Korea to mark the start of the festival with Deputy Minister of Culture of the Czech Republic officiating its beginning, while the Days of Prague in Seoul organized jointly by both capitals and with presence of Lord Mayor of the Czech capital city of Prague at the end of the month will be the second most important part of the whole month. In between many other events will take place, such as two Czech musicals´ premieres on Korean stages, Czech dance group will perform at SIDance Festival, series of Czech jazz concerts will be hosted by varous local jazz clubs and at least three visual art exhibitions will be hosted by different cultural venues around Seoul, to mention only a few. See the pdf leaflet for Czech Points in Seoul festival here The festival is being organized by the Embassy of the Czech Republic in the Republic of Korea in cooperation with numerous Czech and Korean institutions and festivals and it is the biggest such Czech event in the 21-years-long history of diplomatic relations between the two countries.