Wallonia Brussels Images (WBI) was created in 1984, is an official agency for the promotion of the export of the audio-visual sector in the Wallonia-Brussels community.

WBI has the missions:
• to facilitate the access of professionals of Wallonia-Brussels to the different audio-visual markets and to help them to promote and to sell theirs productions on the international markets;
• to be an information office for producers and exporters operating in Wallonia-Brussels also for purchasers, distributors and international festivals.

For these reasons, WBI:
• organises an umbrella stand for the professionals of Wallonia-Brussels on the main markets of television and film programmes;
• collaborates with different festivals, particularly by welcoming in Brussels the programmers and by being present;
• publishes different professional tools for promotion and information : Audio-visual Guide (professional list), Animation Guide, DVD of short-film promotion, website. 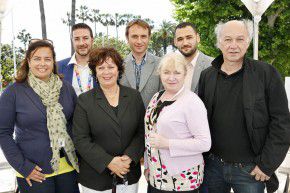