The Replika Center for Educational Theater is a collaborative space, where the team is involved in all the activities, from designing artistic programs to welcoming the audience, from fundraising to cleaning the toilets. The space was conceived as an independent, interdisciplinary space, promoting the collaboration between professional artists and members of vulnerable communities and encouraging a theater for young audience, deeply involved in our society.

The founders believe in mutual education through artistic means, in art as a form of empowering ignored social groups, voicing their needs and expectations, in the activist artist, mirroring the society and transgressing our realities, in educational utopias becoming reality, in pedagogy as a shared process of raising community stories, in a theater based on cooperation and respect for everybody’s story.

The Center supports free access to cultural education as a fundamental right, expanding the access to culture for vulnerable categories disconnected from contemporary art. All the events are free.

Replika Center is located in Tineretului neighborhood, a well-known area for the activism of the inhabitants gathered in different communities to protect animal welfare or public parks & nature.

A year after its inception, The Replika Center for Educational Theater organized 2 Educational Art Platforms, featuring 17 shows, with more than 80 artists involved, 21 presentations of books and studies and 21 film screenings.

At the Replika Center for Educational Theater, in only one year, we produced 7 premieres, we organized 4 workshops with children and teenagers and more than 8000 spectators took 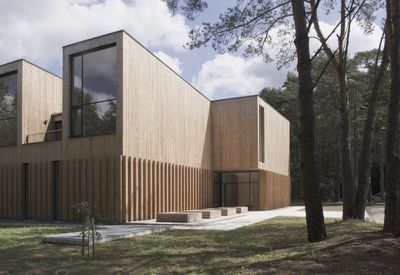