The Foundation implements a variety of programmes. The Visual Arts programme was launched in 1999, and is aimed to support and promote contemporary Russian art in an international context. The programme includes the Contemporary Art in Traditional Museum annual international festival and holds exhibitions in cooperation with other museums and other cultural institutions in St. Petersburg, Moscow and other Russian cities.

The Music programme was launched in 2000. Its main direction is eNsemble, (“ensemble of contemporary academic music and its unusual concerts”). There are other projects involving eNsemble, such as competitions for composers Pythian Games and Step Aleft. The programme holds festivals of contemporary foreign music that feature leading ensembles and performers of contemporary music.

The Contemporary Architecture program was launched in 2004. It is focused on the trends in contemporary architecture, the history of architecture of the 20th century and the problems of conservation of architectural heritage. Since 2010 the PRO ARTE Foundation in cooperation with the St Petersburg State University has been offering a special course in museum design, and since 2012 it has also organised lectures, education trips and master classes on ‘design for all’ and in particular on the organisation of space in cultural institutions with regard to blind and visually impaired visitors.

There are cultural journalism programmes as well, aimed to help young journalists who write about cultural issues. 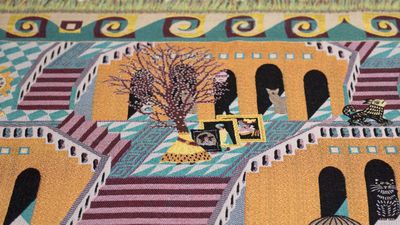