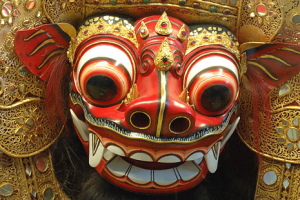 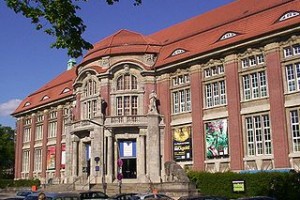 The ethnographic collection of Hamburg, in Germany, was first mentioned in 1850 as part of the municipal library. After several moves, it became the Museum of Ethnology Hamburg (Museum für Völkerkunde) in 1879. In 1904, the first director, Georg Thilenius, was installed instead of the former steering committee. Thilenius succeeded in realizing the construction of our own building in Rothenbaumchaussee, where we still are.

Thilenius was dismissed in 1935 by the Nazis who, among other reasons, disliked his ideas about equity of all cultures. He had then already set the tone for the exhibition policy of our house to this very day. Having taken responsibility for a collection that did not only contain "exotic“ curiosities, but cultural materials from all over Europe, and Germany as well, he was glad to have the opportunity to use this collection in an educational way that would allow the audience to compare the "exotic“ to the well-known, and understand that foreign cultures give their own answers to questions that move all humankind. Today, we are glad that we – unlike many other ethnological museums - still have the European collection as one of our 6 regional departments (the others being Africa, America, Near and Middle East, Oceania and Australia, and of course East- and South Asia). During world war II, those parts of the collection that were considered most valuable were moved out of Hamburg. Unluckily, the building that housed them became a part of the front, and was set on fire. 1000 pieces of the East and South Asia collection were lost. This is a comparatively small number compared to the losses of other departments. The building in Rothenbaumchaussee was hit too, but not severely damaged. As an ethnological museum, we try to cover a broad overwiew of all cultural expressions. The focus is on contemporary, not historical objects. The fine arts are, of course, an important part of cultural expression. But since there is a Museum in Hamburg which collects East Asian Art (Museum für Kunst und Gewerbe (MKG)), the fine arts are underrepresented in our own collection. In contrast to the MKG, we include artifacts in our collection that would be considered "fakes“, "remakes“ or "artistic deteriorations“ by an art collector, like some symbols of "new ethnicity“. We also were one of the first ethnological museums in Germany that expressely began to collect souvenirs and airport art as an important branch of local economy and self-marketing. At present, the museum building is going through its first thorough sanitation since 1912. Most parts of the collection are stacked in boxes in outside premises. Although we are running a restricted exhibition and outreach programme, the museum will not be fully available for research for some years to come. Copyright of VCM Image of museum courtesy of Wikipedia