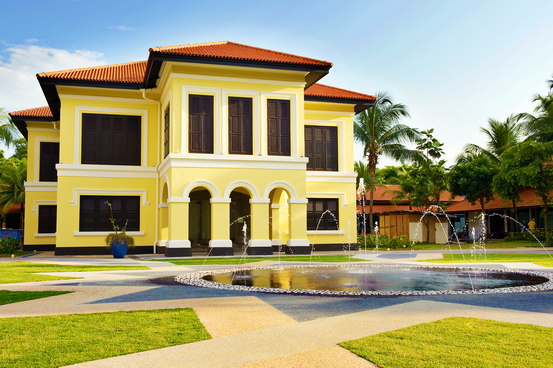 The Malay Heritage Centre is housed in the former Istana Kampong Gelam, a palace which was gazetted as a National Monument of Singapore in 2015. The centre showcases the history, culture and contributions of the Malay community within the context of Singapore’s history and multi-cultural society. Officially opened by Prime Minister Lee Hsien Loong in June 2005, the Malay Heritage Centre provides wonderful cultural exposure and learning opportunities for visitors of all ages and interests. Situated amidst the Istana Kampong Gelam, Gedung Kuning and the surrounding Kampong Gelam precinct, the Centre acts as a vital heritage institution for the Malay community in Singapore. The first Istana Kampong Gelam was a traditional timber structure built on stilts, and in honour of the Istana's original layout, visitors will commence their tour of the permanent galleries from the upper level and end their visit on the ground level. In the traditional layout, the upper level is called the panggung, which serves as the main living and sleeping quarters of the house, while the kolong at the ground level is typically used as storage, work or service areas, and even as a children's play area. Through its exhibits, programmes and activities, the Centre hopes to honour the past while providing a means for present-day expression. The Malay Heritage Centre is presently under the management of the National Heritage Board of Singapore, in partnership with the Malay Heritage Foundation. Permanent collections: The permanent galleries of the Malay Heritage Centre showcase stories and artifacts from Singapore's national collection, as well as contributions from the community. The artifacts support the Centre's focus on Kampong Gelam's historical significance as a thriving port town prior to Raffles' arrival in 1819 and serve as evidence of the increasingly urban and cosmopolitan nature of Singapore's Malay society.