The Japan Foundation is extensive in its effort in international cultural exchange programs. The Japan Foundation researched and launched J-AIR database in collaboration with the Association for Corporate Support of the Arts. This J-AIR database lists 27 aritist-in-residence programs in Japan. They also have a People Exchange of Persons Program extending invitations to Japan, along with the overseas dispatch programs, form the nucleus of the programs of the Japan Foundation. In this, invitations are also extended to specialists from all over the world who are to play a major role in international conferences in the fields of the humanities, the social sciences, or the arts for the purpose of promoting mutual understanding between their own countries and Japan. One of their other types of programs is the Audio-Visual Exchange. The publication and audio-visual fields constitute the nucleus of the media-exchange programs of the Japan Foundation. Such audio-visual media as films and television programs are utilized to the full in the introduction of Japanese culture overseas and of foreign cultures to Japan. In this, one of the programs is the Film Production Support Program where aid is provided in the form of part of the production costs for such audio-visual materials on Japan as films and television programs produced by either overseas or domestic groups. The Foundation has offices all over the world including Thailand, Malaysia, Indonesia and the Philippines. The website has a listings of all the offices. 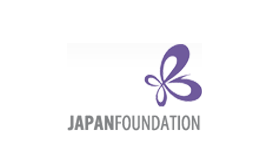