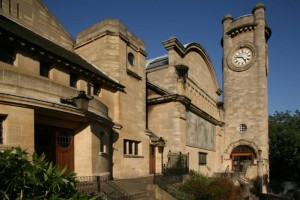 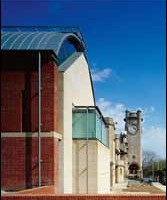 Victorian tea trader Frederick John Horniman began collecting specimens and artefacts from around the World in the 1860's. Horniman's key mission was to bring the world to Forest Hill and he opened part of his family house to the public so they could view his collections. In 1898 Horniman commissioned Charles Harrison Townsend to design a new museum building. The Museum opened in 1901 and with the surrounding gardens was dedicated ‘as a free gift to the people of London forever for their recreation instruction and enjoyment’. The original collections comprised over 4000 natural history specimens and cultural artefacts. Over the last 100 years the Museum has added significantly to the original bequest with Horniman's original collections comprising only 10 per cent of current ethnography and musical instrument holdings. Many of the objects within the Asian collection were acquired through purchase by Frederick or Emslie Horniman from international exhibitions such as the Great Exhibition (1851), the Indian and Colonial Exhibition (1886), and the Anglo-Japanese Exhibition (1910). They also purchased objects in the course of their world travels, while others came through dealers and auction houses or with the assistance of agents and acquaintances. The collections have been further increased in the 20th century through donation, including much from missionary societies, and systematic field collecting carried out by curators and other anthropologists. Notable groups are the Andaman, Maldive, Borneo and Naga collections. Recent contemporary fieldwork collections have been made from Thailand, Cambodia, Indonesia, Malaysia and Indonesia. Only a small proportion of the collections is on display at any one time. Asian material appears in one of the permanent galleries, the Centenary Gallery, and in the Music Gallery. Collection size: The Asian collections consist of approximately 32,000 items. Collection: The anthropology collections include items of material culture from India, China, Japan, Sri Lanka, Tibet and Burma as well as Southeast and Central Asia. 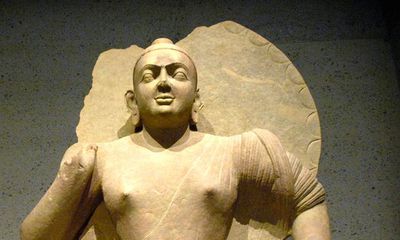