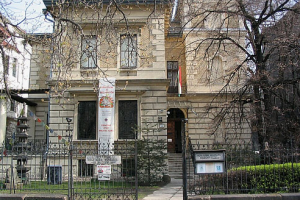 The Ferenc Hopp Museum of East Asia Arts, Budapest, Hungary, was founded in 1919 by the company owner, world traveller, collector and patron of art, Ferenc Hopp, (b. 1833, d. 1919), who bequeathed his Oriental collection of approximately 4.000 items and his villa to the state, for the purposes of establishing a museum and research centre of Asiatic arts.

At the time of its foundation it was, and still remains, the sole museum of Oriental art in Hungary. Ferenc Hopp purchased his items of Oriental art in the course of his voyages around the world and at the World Exhibitions of his age. Since the foundation of the museum, its collections have considerably increased through the transference of the Oriental collections of other Hungarian public collections, donations, and purchases. Currently the whole collection amounts to approximately 23.000 items and incorporates collections of Chinese, Japanese, Indian, South-East Asian, Nepalese, Tibetan, Mongolian, Korean and Near Eastern Islamic art. The principle field of collection of the museum – geographically speaking – consists of South, South-East, East and Central Asia; as far as themes are concerned, it includes the traditional and, recently, the tradition-based contemporary arts of these regions. The museum is affiliated with the Museum of Applied Arts, Budapest which houses its reserve collections and offices and from time to time hosts some of its temporary exhibitions. The museum has two separate buildings for its exhibitions: the Ferenc Hopp Museum proper, centrally located on the major cultural axis of the capital, and the György Ráth Museum is a five-minute walk from the former. The Ferenc Hopp Museum houses the library, documentation department, and temporary exhibitions of the museum while the latter houses its permanent exhibitions. Since 2002, the Ferenc Hopp Museum belongs to a World Heritage site while the György Ráth Museum belongs to its protective zone. Both buildings are surrounded with gardens which allows for outdoor museum events during the summer season. Copyright of VCM

Budapest | Made in Asia centenary exhibition 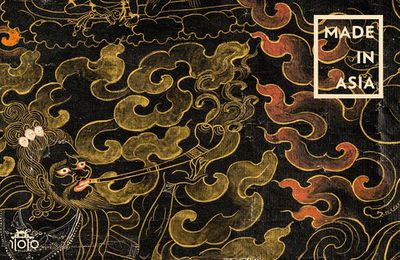