Gabriela Tudor Foundation (previously known as Project DCM Foundation) was jointly created by Gabriela Tudor and Cosmin Manolescu with the aim to promote and support the development of contemporary dance in Romania. Since its inception in 1997, the foundation has worked on three levels of intervention: professional development of dance artists and practitioners (workshops, residencies, and training sessions); artistic research, production and presentation of events (performances, festivals, platforms) and production and distribution of works & project initiated and performed by Cosmin Manolescu

Over 150 cultural projects have been organised since 1997. To mention just a few, the foundation was co-founder and co-organiser of the Balkan Dance Platform (2001 – 2011), the first initiative in the Balkan region aiming to create links between artists and organisations working in the Balkan countries. It was involved in several international exchanges, training and research projects among which Movements on the Edge (2001, 2002), Terrains Fertiles (2004), Danse.Entre Deux (Romania - Luxemburg 2007), Migrant Body (EU funded project, Romania, Estonia, United Kingdom, The Netherlands, Italy 2006-2007), Dance.Dialogue (2008).  Since 2002, GT Foundation led a series of lobby activities aimed at gaining public support for contemporary dance and reform of the funding system in Romania and played a major role in the establishment of the National Dance Centre in Bucharest.  In 2009, following the passing away of Gabriela Tudor, the Project DCM Foundation changed its name to Gabriela Tudor Foundation.

The Foundation was the initiator and lead organiser of the European mobility, artistic research and co-productions project E-Motional (2011-2015) co-founded by European Union targeting artists and managers from Romania, Cyprus, Latvia, Ireland, United Kingdom, Turkey, Portugal, Luxembourg and other countries.

Between 2012 - 2014, the Foundation has been running  its own studio called – ZonaD – Serial Paradise studio, a laboratory-space dedicated to contemporary dance and arts. Created by Cosmin Manolescu and Stefania Ferchedau, ZonaD was focusing on professional development, artistic research and audience development. ZonaD was also the informal headquarters of the Coalition of the Independent Cultural Sector (CSCI), a network of organisations active in the fields of performing and visual arts, by hosting meetings, roundtables and debates in connection with the advocacy actions undertaken by CSCI in support of the independent culture and contemporary arts (Charta for the Living Culture, www.culturavie.ro). Starting with 2015 the ZonaD changed into a mobile platform organising projects in different cities in Romania.

The Foundation is also the owner of United Experts a label for cultural development created by Gabriela Tudor and the Swiss Cultural Programme in Romania.  Starting with 2009, the Foundation awards annually the Gabriela Tudor Fellowship in cultural for Romanian emerging arts managers/producers/curators.

The Foundation also manages the artistic activity of Cosmin Manolescu & Serial Paradise Company, a project-based dance company with an interest in cross-cultural exchange, experiment and artistic innovation creating performances that challenge the audience. 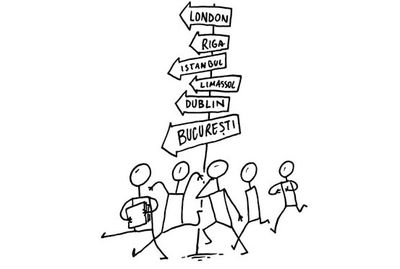 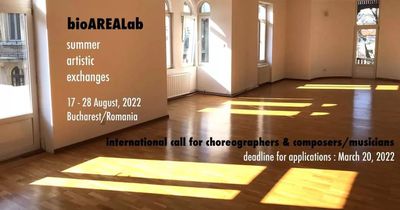