The Austrian Film Commission (AFC), founded in 1986, is an organization dedicated to promoting Austrian cinema throughout the world. Acting both as an information clearing house and as a facilitating agency for export purposes, the AFC maintains ongoing contacts with festival directors, sales agents, buyers and distributors, as well as the press, concerning new Austrian productions. Offering a wide variety of services at the domestic and international level, the AFC consults with producers and creative artists attending international festivals and markets and supports their activities.

Information about new Austrian films is distributed through various publications including: The catalogue Austrian Films, which presents an annual overview of current Austrian filmmaking; the Austrian Film Guide; and the magazines Austrian Film News and AFN International, which include a comprehensive list of all production in progress in Austria. In addition, the AFC website offers updated news, background-information, an extensive film database, and lists all relevant associations, institutions, productions companies and distributors. 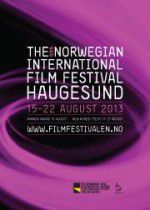