OK. Video Festival 2011 conceives flesh as a metaphor of biological entity of the human body that transforms into digital entity (images, sounds, texts) through the advancement of audiovisual technology. It also represents video that progressively shows its organic characters: grow in virtual sphere across the dimensional and temporal boundaries, metamorphoses into various medium and consistently reproduces itself by the reason of virality. This phenomena is continuously celebrated by the contemporary society within the progression of information and communication technology.

The festival invites public to discuss various questions: how far this kind of new flesh interacts with social, political and cultural aspects? Are we really celebrating democracy or is it just another virtual euphoria? How does the intersection between private and public domain continuously expand and shift? How do social and power structure cope with these changes? Thus, what are the consequences in relation with the discourses of history, tradition, religion, urban and rural culture, popular culture, mass media, sexuality, identity and violence? OK. Video placed these phenomena as a possibility to be celebrated, read, and interpreted critically. 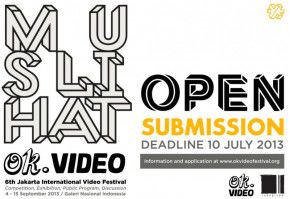 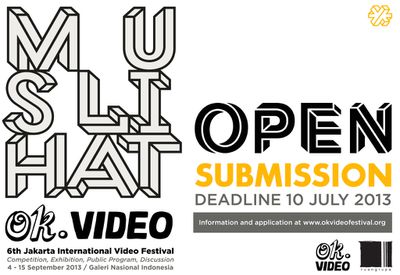