Goethe-Institut invites graphic artists and teams of graphic artists and writers/authors/scenarists to submit proposals for new comics on Indigenous feminist movements and activists from the Global South. Up to ten selected stories will be published in a Comic Anthology in 2021.

The narratives of feminism are still written from a predominantly white, western perspective. While feminist claims and positions from the Global North are still marginalised in a patriarchal mainstream, the same holds true to a much broader extent for feminist movements from the Global South. Little information about these movements and their activists is accessible in large knowledge databases such as Wikipedia, and even in the respective native regions of these feminist activists their achievements are often not archived because resources are too scarce or their demands are not thematised.

Initiated by Goethe-Institut Jakarta, the project ‘Movements and Moments – Feminist Generations’ aims to make visible these hidden stories, activisms and protagonists by relating their life stories in the highly accessible format of comics. By emphasising an Indigenous feminist perspective, which is often linked to decolonial struggles and emancipatory approaches to sustainability, we wish to shed light on one of the most marginalised, underexposed aspects of feminist protests. On the other hand, this project wants to inquire how these often overlooked struggles might be role models for feminist movements worldwide.

The Goethe-Institut will provide:

Research will begin in October 2020, and the final 20–40 page narrative comic work in color or black & white will be published online and in print in June 2021. 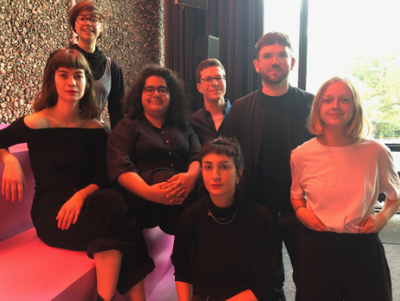