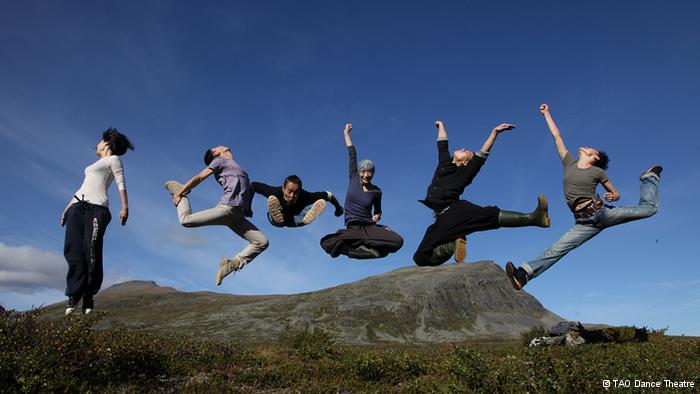 Sami Chinese Project premieres as the opening performance of the 2014 European Cultural Capital in Umeå, a project which has brought together indigenous Sami musicians and one of China's leading urban musicians, to co-create music for a contemporary dance performance, through an intensive two-year creation process of creative research residencies in Sweden and China. Ancient Sami traditions meet contemporary Chinese aesthetics in a search for global creation. This project brings indigenous Sami musicians from the northern Sápmi region together with one of China’s leading urban indie-folk-rock musicians to create original music for a new performance by leading contemporary Chinese dance group TAO Dance Theater. Sami Chinese Project will premiere as the opening performance of the 2014 European Cultural Capital in Umeå, followed by a nation-wide Swedish tour. The two-year creation process has seen the artists in creative research residencies in each other’s countries, including at Ricklundgården in the far northern village of SAXNÄS, South of Lapland and at the prestigious Shanghai International Arts Fair.

Unlike many typical ”East-meets-West collaborations", in the Sami Chinese Project, it is Europe which represents ancient and China which represents contemporary. The Sami tradition of “yoik” singing has been passed down through the generations, and survived despite much of Sami culture being lost to modernization. On the other side of the globe in urban megalopolis Beijing, indie-folk-rocker Xiao He draws on everything from Peking Opera to punk rock.

Choreographer Tao Ye insists that in the 21st century categories like “East” and “West” are no longer relevant as we become more intertwined and accessible to each other.  In this era, purports Tao, anything is up for grabs and no one can claim ownership of any aspect of a culture. How do artists create identities in this new “free-for-all” environment? Read more about the Sami Chinese Project Choreographer: Tao Ye, Composers/musicians: Axel Andersson, Simon Issát Marainen, Xiao He  Dancers: TAO Dance Theater Lighting designer: Ellen Ruge Photo: Fan Xi Coproduction: NorrlandsOperan, Ping Pong Productions and TAO Dance Theater.  Supported by: Umeå2014, Swedish Arts Council, Swedish Arts Grants Committee and Region Västerbotten. 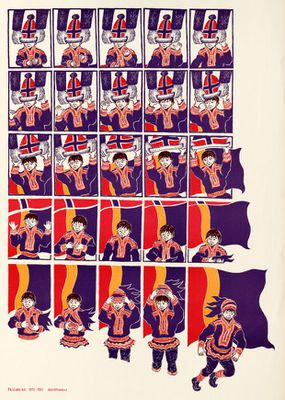