The Royal Swedish Opera or Kungliga Operan is the national stage for opera in Sweden dating back to 1773. It includes as well the Royal Swedish Ballet, one of the oldest ballet companies in the world. Both tour Sweden and worldwide and receive artists, musicians, dancers and choreographers from all over the world.

The Royal Swedish Opera has over the years sent many a great opera singer out into the world. Jenny Lind, Christina Nilsson, Jussi Björling, Birgit Nilsson, Sigurd Björling, Gösta Winbergh, Elisabeth Söderström, Nicolai Gedda, Ingvar Wixell and Berit Lindholm are but a few of the legendary Swedish singers who once made their debut at the Royal Opera. And the tradition continues with singers like Håkan Hagegård, MariAnne Häggander, Laila Andersson Palme, Britt Marie Aruhn, Birgitta Svendén, Anita Soldh, Siv Wennberg, Stefan Dahlberg, Katarina Dalayman, Thomas Sunnegårdh, Malena Ernman and many more besides.

The Royal Swedish Ballet, resident Ballet Company of the Royal Swedish Opera, under its present director Madeleine Onne, is nowadays regarded as one of Europe's leading ballet companies. It has also fostered its legends like Jean Börlin, Carina Ari, Elsa Marianne von Rosen, Mariane Orlando, Björn Holmgren, Ellen Rasch, and Anneli Alhanko. For some young dancers, such as Johan Renvall of the American Ballet Theatre, the Royal Ballet acted as a springboard to world fame. Tours to many foreign countries, like China, USA, Northern Ireland, Spain, Italy, Japan and, last year, USA have greatly enhanced the company's reputation as a leading exponent of classical as well as modern ballet. Among the stars in the company of today can be found principal Dancers like Jurgita Dronina, Marie Lindqvist, Anna Valev, Brendan Collins, Anders Nordström and Jan-Erik Wikström. 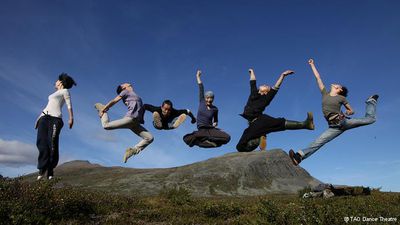