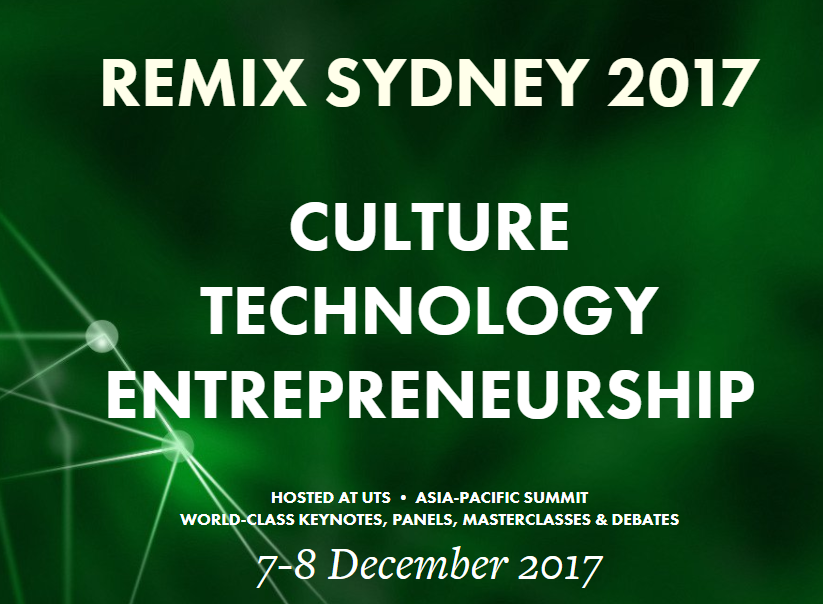 Join 2,000 global thought-leaders at the REMIX Sydney Summit on 7-8 December 2017 – the biggest global conference for the creative industries to explore the intersection of culture, technology and entrepreneurship.

Attended by nearly 2,000 delegates over 2-days in 2016, REMIX Sydney is the regional summit for Asia Pacific with 75+ speakers.

REMIX is presented in partnership with Create NSW, Google, Bloomberg, VICE and Time Out. Summit receptions take place at the QT Sydney and Powerhouse Museum which are included in the delegate ticket. 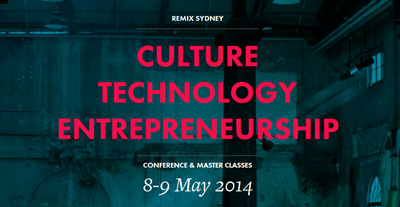 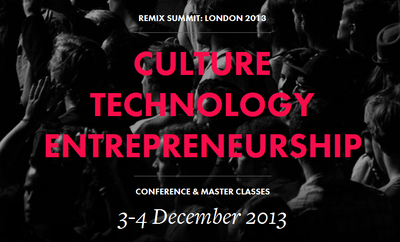 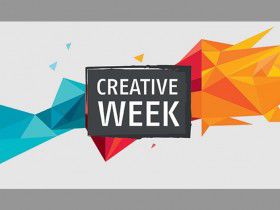