The 8th “Nights of Oriental Cinema Festival” in Vic (Festival Nits de Cinema Oriental de Vic) will be held on 14-23 July. The Asian cinema, culture and cuisine will fill different places of the city during one of the most consolidated festivals in Central Catalonia. This year’s inaugural country is Thailand that inspired the festival’s poster. The festival’s opening movie will be YAMADA – THE SAMURAI OF AYOTHAYA, an epic adventure with fantastic martial art scenes. The 8th edition of the Nights includes an official selection in competition with 12 films for the prize of the Lucky Cat by popular vote. The “Lucky Cat” is a popular figure called Maneki Neko in Japanese or Zhaocai mao in Chinese. The organization did work hard to maintain the main features of the festival in spite of the economic crisis and this newly-incorporated competition. These features are: the screening of new high-quality Asian films, rerun of remastered classic movies, dinners promoting the Eastern cuisine, complementary activities and implication of new associations and entities of the city. 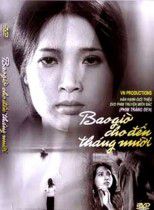