Five novels showcasing a diversity and depth of writing were announced in the shortlist for the 2012 Man Asian Literary Prize. The selection presents distinctive and celebrated writers for the first time in a pan-Asian region-wide context.

The shortlist, which includes writers from five different countries, champions a debut novelist alongside a Nobel laureate, translated work as well as original writing in English, and includes smaller regional publishers as well as larger international houses.

The five shortlisted novels, selected from a longlist of 15, are:

Following the announcement of the 2012 winner in March 2013, the current sponsor Man Group will relinquish its title sponsorship. As of April 2013 a new title sponsor will sponsor the Asian Literary Prize. Negotiations with interested sponsors are currently ongoing, with an announcement to be made late April 2013. 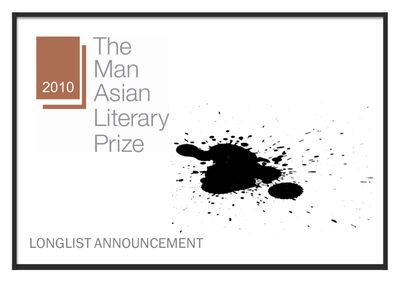