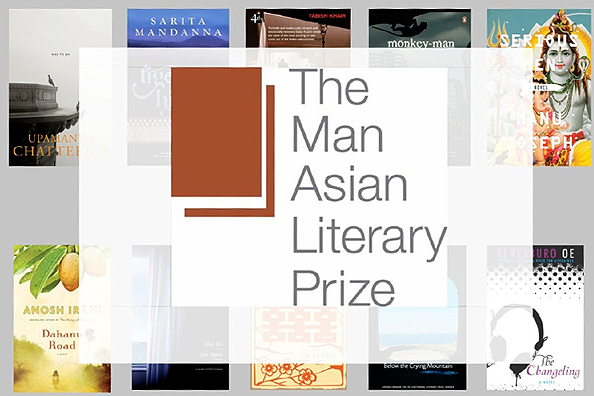 The Man Asian Literary Prize announced in October that the current Prize will be the last to be sponsored by Man Group plc. Professor David Parker, Executive Director of the Prize, looks forward to an exciting new chapter in the Prize’s history.

When the Asian Literary Prize began in 2007 with the aim of bringing the best of Asian new writing to the world, Man stood beside us as our founding partner. Their belief in the project has been unwavering. On behalf of everyone involved in the Prize, I would like to thank Man Group for the steady support that has enabled the Prize, in five short years, to achieve more than any of us would have dreamed possible. I would also like to thank the publishers, writers and readers who have responded with such enthusiasm to our efforts to win greater visibility for new Asian writing.

We look forward to the future with a new partner, confident that Asian fiction is now beginning to secure the global readership and recognition it deserves. Our most recent winner, Please Look After Mom by South Korean writer Kyung-sook Shin, has recently sold its two millionth copy worldwide – an amazing achievement. One third of the shortlisted writers for this year’s Man Booker Prize are from Asia, and international publishing houses such as Pan Macmillan and Hachette have recently opened offices here in Hong Kong. Clearly, Asian literature is on the march.

The Asian Literary Prize is a unique arts project, bringing together the most exciting new books produced by the diverse literary cultures from Iran to Japan. With the rise of e-readers and tablet computing, the rapid growth of a new class of highly educated and culturally engaged Asian readers, as well as a growing global thirst for Asian fiction in English and English translation, the Prize is well positioned for the next five years and beyond.

We are now beginning talks with potential sponsors and are looking forward to announcing the longlist for the final Man Asian Literary Prize on December 4th 2012. Looking at the record submissions for 2012, we can tell it is going to be another brilliant year for fiction from our part of the world.

Read commentary from Asia-Pacific Writers and Translators Association who say:


Do NOT let this initiative rest in peace. Fight against the death of this prize.  Though we understand and applaud the fact that Asian writers are now being short listed for the Man Booker, there is no such thing as too many literary prizes. It’s a sad day for writers in Asia.

The Man Group has sponsored the prize since its inception in 2006, realising a dream of AP Writers’ Founding Director, Nury Vittachi. You can read Vittachi’s longish brief history of the Man Asian Literary Prize here.


Read article in The Guardian