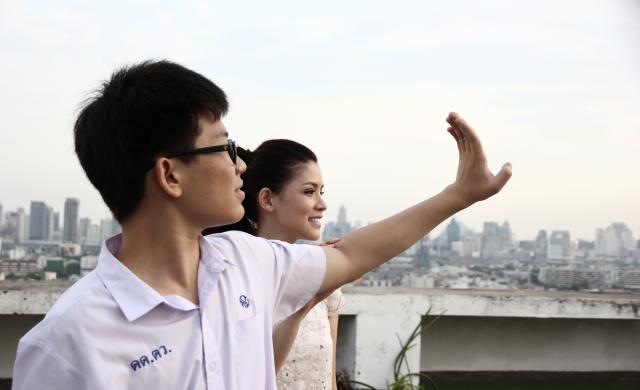 There was a considerable upset at the 23rd edition of the Thailand National Film Awards this week as the independent films MARY IS HAPPY, MARY IS HAPPY and TANG WONG stormed the mainstream opposition, coming away with a staggering four Golden Swan trophies each, while the hotly tipped blockbuster PEE MAK left almost empty handed.

The Subhanahongsa Awards for Best Picture, Best Director and Best Screenplay went to TANG WONG and writer director Kangdei Jaturanasmee. The film focuses upon four Thai schoolboys immersing themselves in traditional culture in exchange for their prayers being answered at a holy shrine. Nutthasit Kotimanuswanich, one of the film's young stars, came away with best supporting actor. The film premiered at last year's Berlin International Film Festival and has since screened at the Hong Kong International Festival and maintained a Thai theatrical run.

The Thailand National Film awards for best actress and best supporting actress went to Patcha Poonpiriya and Chonnikan Netjiu for their role as inseparable friends in MARY IS HAPPY, MARY IS HAPPY, the unusual story of a disaffected boarding school attendee and was based upon 410 consecutive messages from a real-life Bangkok schoolgirl's Twitter feed!

Former Federation president Jaruek Kaljaruek, an executive at the Kantana studio, was given the Lifetime Achievement Award.