The Hong Kong Asia Film Financing Forum (HAF) and Fox International Productions (Greater China) have announced five film projects that will be considered as finalists and compete for the inaugural edition of the HAF/FOX Chinese Film Development Award.

The award is open to all Chinese-language film projects. First prize is a cash prize worth HK$100,000 ($12,500) and a development contract with Fox. The other four finalists may also be offered a first look agreement.

The finalists will present their work to the final panel of the reading committee during the 10th HAF (19-21 March 2012). The winners will be selected by leading industry figures, including producers Angie CHAI from Taiwan, HUANG Jianxin from the mainland and Manfred WONG from Hong Kong.

Organisers said that they received over 80 applications from the mainland, Hong Kong and Taiwan.

Close Protection follows ex-serviceman Danny who works in EXP (Executive Protection) and conducts operations in ransom drops and counter industrial espionage among other lucrative, life-threatening businesses. When pharmaceutical firm Phoenix has its new cancer cure stolen, Danny begins his own investigation, only to be confronted with his past traumas and led into one conspiracy after another…

A “road trip film that everyone will easily connect to” as Wang calls it, Coffee Sweet takes us on a heart-warming journey as Fang and Yuan, a couple in their 50s, travel from Mainland China to Taiwan with their daughter. All three have secret motives – from the wife’s desire to reunite with distant relatives to the husband’s cravings for a career boost. Soon after they part ways and enjoy their momentary freedom, they realize that the answers to their questions lie in the love in the very family they brought together.

Crazy Mother is a bittersweet comedy about the desperate attempt of Xiaomei, a middle-aged woman frustrated with her looks, to get a plastic surgery on the eve of her wedding. When her travel agent surprisingly cancels her “surgery tour” to Korea, she is devastated and loses memory of everything that happened since she turned 25. With the help of two sympathetic companions, Dali and Jinhua, a deluded Xiaomei kidnaps a hotshot surgeon visiting from Korea…

Based on a true story, Diaoshuyan Murder Case is at once a sincere portrait of the life of China’s lower class and an indictment of the country’s police system. Grief-stricken by the murder of his brother and infuriated with the police’s perfunctory investigation, Dai decides to hunt down the killer on his own, all the while gaining the support of other victims of police negligence.

Two Graves is a suspense crime story that traces detective Hui Tze-chung’s investigation into the murder case of Kan, a single parent. Kan’s son has spent his past ten years in a mental hospital for being diagnosed of multiple personality disorder, and was released the same morning of his father’s death. Just as Tze-chung suspects the son for feigning illness and killing Kan, his own dark past and inner demons begin to catch up with him… 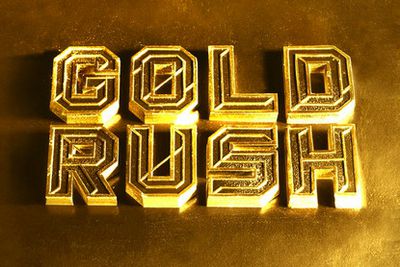