After Embassy of France in Manila announced intent to lend assistance to the Philippines for the upgrading of the facilities and capabilities of the National Film Archives, via the Film Development Council of the Philippines (FDCP) last year, the Manila Bulletin Publishing Corp. reported earlier this week that the countries are now helping each other boost their respective film industries.

FDCP, headed by Briccio Santos, has found a solution to the long-time call for the restoration and preservation of old Filipino films, with its collaboration with the Centre National du Cinéma et de l’image animée (CNC), which has agreed to share its expertise in archiving techniques.

Martin Macalintal, audiovisual attaché, Embassy of France to the Philippines, speaking at the special press screening for this year’s French Film Festival that two archiving experts from France have met with the FDCP as well as some film producers last December to discuss the “different options of archiving, digitalization of reels and the conservation of films.” Two FDCP archivists have subsequently been sent to Paris last year for a two-week basic training in archiving. The experts, meanwhile, have brought with them back to France some three deteriorating reels of Filipino films that “could be saved.” These experts proved to be right as Macalintal was informed just two weeks ago “that one of the three reels has been completely cleaned.”

Macalintal also mentioned the administration order (AO) that President Benigno “Noynoy” Aquino III had signed “obliging government agencies and all producers to submit to the FDCP all audio-visual materials, whether television material or film, for conservation by the FDCP.” This is apparently another effort of pushing for the preservation of local film masterpieces. 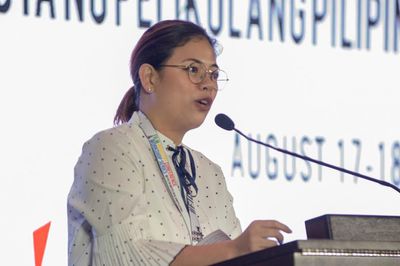