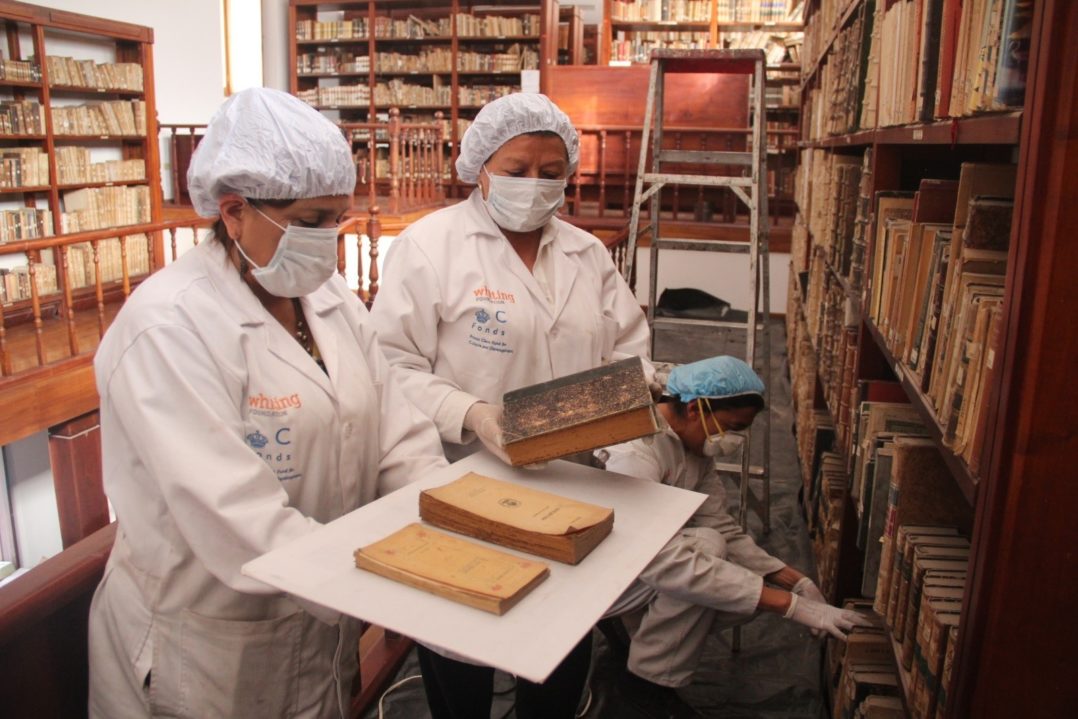 Following the success of similar calls in 2017 and 2018,  the Prince Claus Fund, through its Cultural Emergency Response (CER) programme, and the Whiting Foundation have announced a third round of the Open Call for First Aid to Documentary Heritage under Threat. Organisers invite proposals for projects in Africa, Asia, Latin America, and the Caribbean to safeguard documentary heritage that is acutely threatened by recent conflict or other disaster, whether natural or man-made.

Manuscripts, rare books, archives, tablets, inscriptions, and other kinds of written records are sometimes the only form in which the past survives. Whether they are in monasteries, private libraries or forgotten tombs, they are objects of historical importance and deep local meaning. They are also especially fragile, susceptible to fire, insects, water and humidity – and are sometimes singled out for deliberate destruction by those afraid of their symbolic power. When there is an earthquake, a flood, or an armed attack, the heritage may be lost forever.

Through the two previous rounds of this call, the Prince Claus Fund and Whiting Foundation supported stewards around the world to prevent and minimize loss of documentary heritage by funding 26 projects. They responded to different kinds of threats, urgently safeguarding a wide variety of collections and inscriptions. The organisations promoting the call recognise that there are countries that have not been reached during previous cycles. Therefore they strongly encourage applicants from South-East Asia, Central Asia, Central Africa, South America and the Caribbean to apply. However, we consider applications from all over Africa, Asia, Latin America, the Caribbean and Eastern Europe. This third round will continue to expand the scope of this initiative and facilitate the vital work of safeguarding physical objects and making the information they carry accessible to a wider public for generations to come. In doing so, organisers hope to contribute to the appreciation of cultural achievement and historical diversity and foster the worldwide dissemination of forgotten or endangered stories.

The final deadline for applications is 31 January 2020. For additional information about the Open Call for First Aid to Documentary Heritage under Threat, please visit https://princeclausfund.org/open-call-first-aid-to-documentary-heritage-under-threat-2019