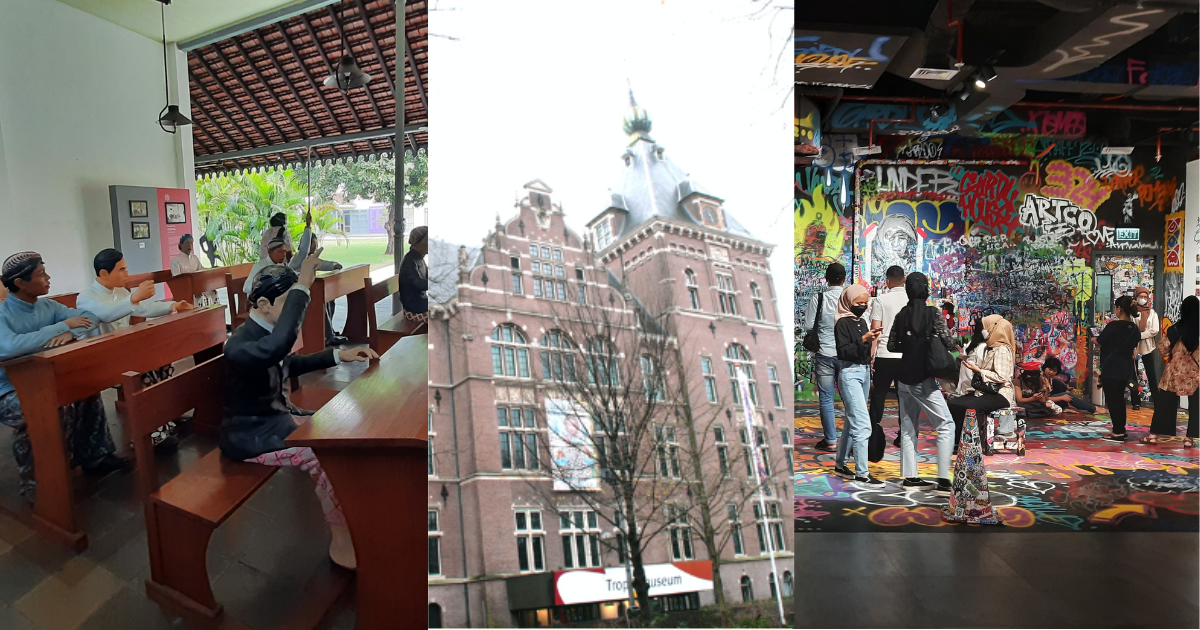 As part of culture360 recent call for articles, Savitri Sastrawan explores through case studies, on how heritage and post-colonialism issues are related today.

Heritage and museum buildings can be contested spaces. As they are created within certain cultures and times, being outdated can become a concern. With the Netherlands and Indonesia having a shared history, there are heritage and museum buildings that were created within the time of Dutch colonialism or Indonesia’s independence era i.e. post-colonialism. Hence, the state of these museums today is under scrutiny: are they still relevant, are they still surviving through post-colonialism, or are they a thing of the past? Through case studies, this article reflects on how heritage and post-colonialism issues are related today

As the Netherlands and Indonesia have a shared history, there are startling propositions that can be compared on how these countries’ existing heritages and museums navigate through their post-colonial era. This article looks into the Tropenmuseum in Amsterdam, an institution that still survives despite budget cuts; the former Dutch medical school building that was converted into the Museum Kebangkitan Nasional (Museum of National Awakening); and the heritage skyscraper Sarinah, in Jakarta, Indonesia, that continues to emerge in new ways of portraying heritage for Indonesians.

The approach towards heritage buildings has been historically very different between Indonesia and the Netherlands. Moreover, much of what is considered cultural heritage in Europe originates from a past when these countries were colonial powers. Is the viewpoint towards “colonial” heritage changing in the Netherlands and Indonesia?

Before moving to Amsterdam, the Tropenmuseum (The Museum of the Tropics or Tropical Museum)  first opened in Haarlem in 1871 as “the Colonial Museum ”, with colonial propagandistic motives at the time: convincing people of the benefits of the colonies which included Indonesia. The collection consisted of trade products as well as artefacts originating from private collections of Dutch colonisers and missionaries who brought back “curiosities” from the colonies. In 1949, 4 years after Indonesia’s independence, the museum was renamed the Tropenmuseum and focused on collecting artefacts from the rest of the tropics, in an attempt to distance itself from its colonial past. Nevertheless, as the museum was the focus of national and international protests, an unilateral Governmental decision was made to stop financing it. Such a decision overlooked the museum’s efforts of changing the collections' colonial roots narrative, including through encounters with contemporary arts. Tropenmuseum survived thanks to the merge in 2014 with other Dutch ethnological museums - the Museum Volkenkunde (Ethnology Museum) in Leiden and the Afrika Museum in Berg en Dal - to become the Nationaal Museum van Wereldculturen (National Museum of World Cultures). 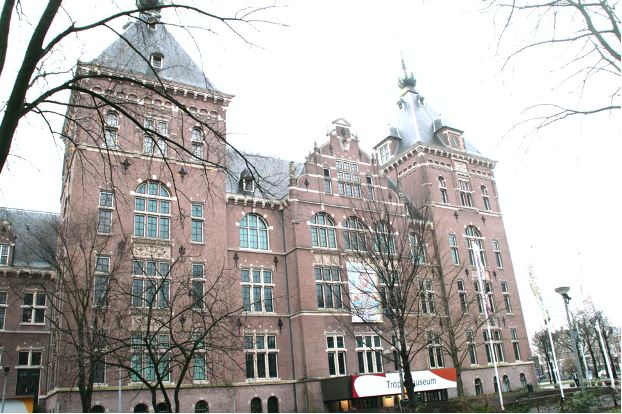 Sadiah Boonstra, a historian and curator currently involved in the Transition Team Indonesian Agency for Museums and Cultural Heritage and former Tropenmuseum staff, was happy to see the museum able to solve the funding issue and navigate through such politics. Sadiah also commented on to merge of the 3 former colonial museums:

“I think that the merge creates different kinds of possibilities and ways of looking at the collection. And I really appreciate the Director of Content at the Museum of World Cultures, Wayne Modest’s decolonial stand to what the museum should be doing. I feel like they have become a strong voice of the decolonial discourse in The Netherlands”.

Thanks to wise cultural practices, this example clearly shows that there are new ways of visually and textually representing colonial collections beyond their colonial past.

In 1984 the Museum Kebangkitan Nasional (Museum of National Awakening) was established in the building of the Dutch medical school that became the birthplace of Indonesia’s national awakening movement called Boedi Oetomo. The building displays items related to the rise of Indonesian national awareness, including medical tools and furniture of the school building.

It is in this museum building that the 8th edition of MANIFESTO, a biannual national art exhibition, displayed selected artworks by contemporary Indonesian artists alongside its regular venue Galeri Nasional Indonesia (National Gallery of Indonesia). The MANIFESTO event itself originated from the spirit of the national awakening movement with its first exhibition held in 2008, a century after the movement’s birth. Rizki A. Zaelani, one of the exhibition’s curators from Galeri Nasional Indonesia, said:

“This 8th MANIFESTO was inspired by the Jakarta Biennale 2021 which displayed some artworks at the museum. With the variety of media coming from the selected artworks, it was time to expand our exhibition into Museum Kebangkitan Nasional, bringing back the spirit there.”

Despite the constraint of the building in displaying the artworks, the exhibition provided new ways to engage with the “written” history of the museum. “The curation had its starting point in the reading of histories and then it took inspiration from the artwork creation itself. There are 3 main activators for artwork creation: the artist, the curator, the public,” Rizki illustrated. 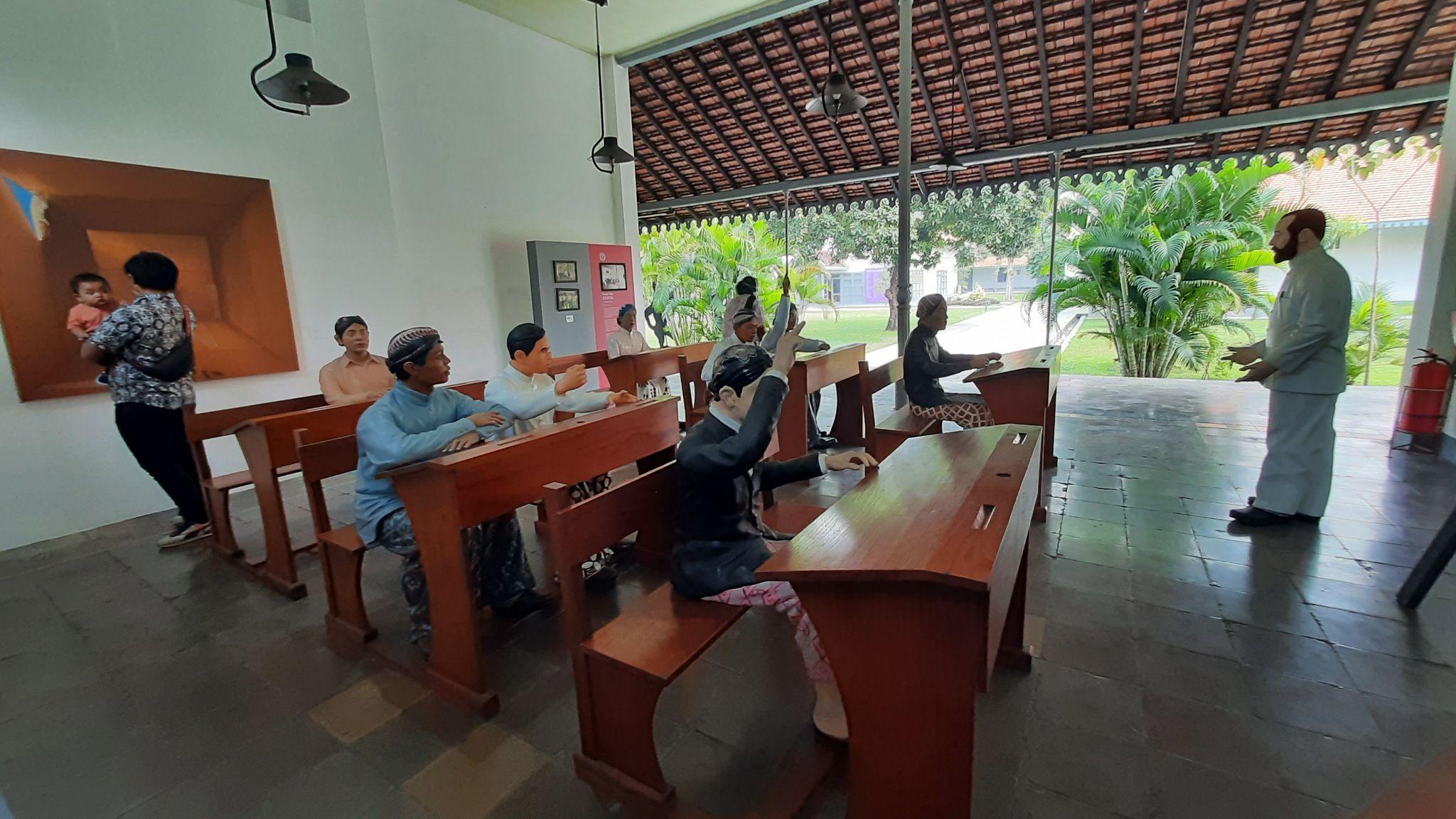 The newly refurbished Sarinah heritage skyscraper, built during the post-colonialism or post Indonesia’s independence era, serves as a mall that sells Indonesian cultural goods, a “jendela” or "a window" to the country’s cultural products. Sarinah’s management agreed to display art on the 6th  floor of the building, with a curatorial viewpoint that allows the promotion of national artists. Creative Directors Farah Wardani and Heri Pemad developed “Distrik Seni x Sarinah'' Art District x Sarinah, a project that opened to the public on 1 June 2022.

“Based on my previous experiences in developing cultural spaces in Central Jakarta, the space in the Sarinah skyscraper has become a kind of pilot platform. I see there is an effort to make art reachable to a wider public, especially now that the public has high mobility,” Farah explained.

Farah, who is also a curator, specifies that “Distrik Seni x Sarinah'' is a contemporary art and legacy space at the same time. Carrying the theme “Self-reliance”, the space was inspired by Soekarno - the first president of Indonesia, who made Sarinah the personification of his ideology and aspirations for the progress of the nation.

“We try to balance the objective of showing the existing cultural practices with the potential of opening a new visual art market in Sarinah, particularly for emerging artists. At the same time, the platform also ‘serves’ art history as Sarinah was born through Soekarno’s visions. A Soekarno room was also created to display the Maestro's works. Along with curating works of art collectives and individual artists, Distrik Seni is a space that promotes education and historical values reflecting Soekarno’s vision of art patronage,'' according to Farah. 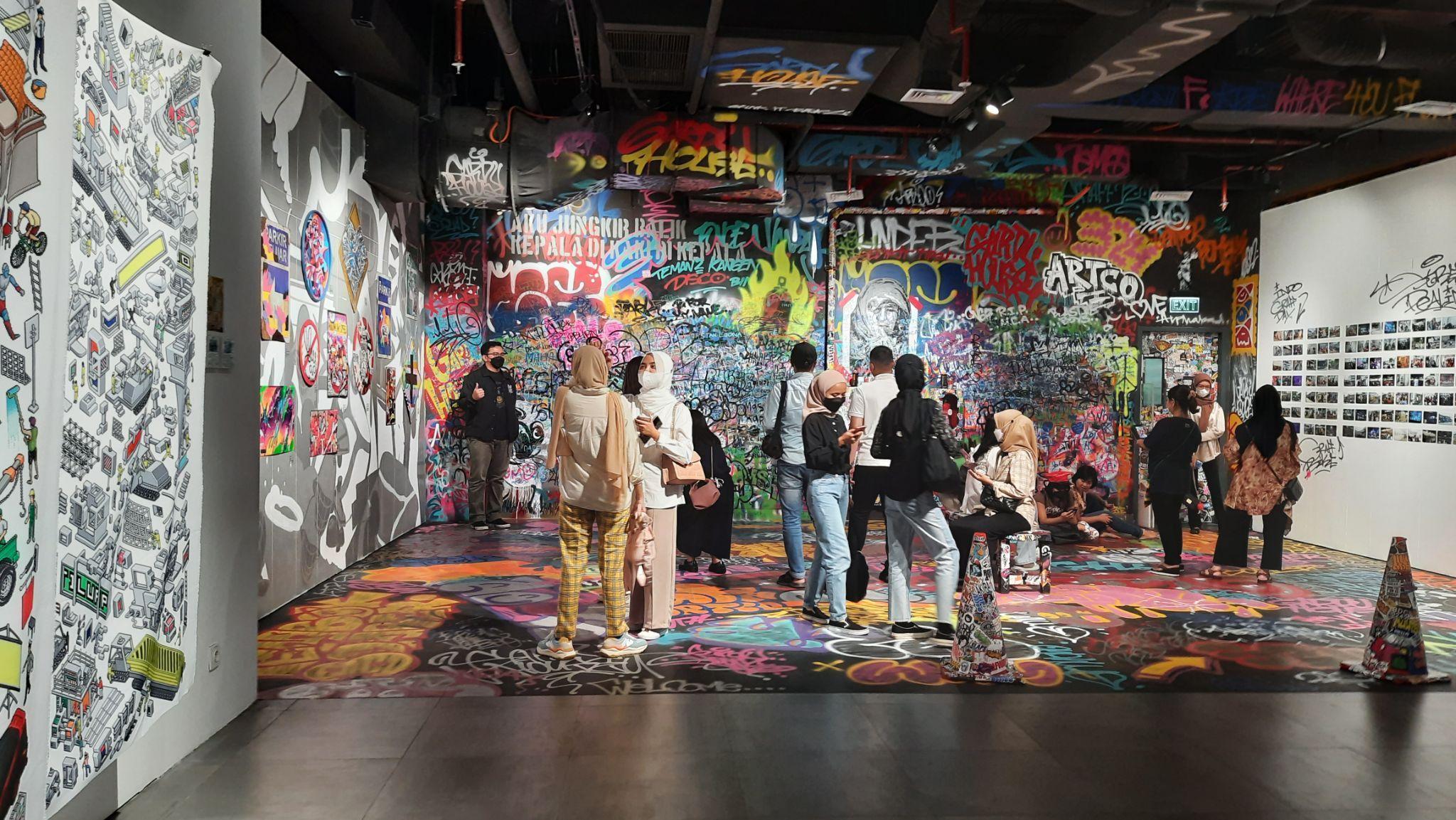 2. One of the favoured photo spot in front of a collective artwork by Gardu House at "Distrik Seni x Sarinah" © 2022 by Savitri Sastrawan

According to Rizki, Farah and Sadiah, taking Instagrammable photos at art exhibitions held in Jakarta’s heritage spaces might be a positive sign, but there are more important ways to measure its success.

“It’s an entry point and it works here. We cannot expect everyone to have visual literacy, so any entry point is already great. I remember attending a talk with Farah Wardani at ‘Distrik Seni x Sarinah’ and so many young people were in the audience, in their late teens or early twenties. They asked lots of questions, so I think they want to learn and are interested,” commented Sadiah.

These examples show how art organisations address post-colonialism by allowing new curatorial practices within heritage spaces. While each case study has its own deconstructing methodologies in dealing with heritage, the roads taken both in Amsterdam and Jakarta surely seem to “follow” the decolonisation route. It is interesting to note how heritage can be viewed differently when it is analysed  with a more transparent approach on the colonial past and its implications for the present. Revising the colonial and/or postcolonial roots, as well as reshaping the narration of forgotten memories, seems to be the way forward. Perhaps, as Farah and Sadiah shared a bit during our interviews, the Indonesian Agency for Museums and Cultural Heritage’s decision to transition state owned museums into the Public Service Board (BLU) will allow for a better approach in addressing the existing heritage from Indonesian colonial collections.

Savitri Sastrawan is a Balinese nomad working as an arts and language freelancer. She studied a Masters in Global Arts at Goldsmiths University of London, UK and Fine Art Painting at Indonesian Institute of the Arts (ISI) Denpasar, Bali. Her research explores interdisciplinary possibilities in the arts and language within global society and culture, including narrations in history, geography and visual culture that exist within and around Bali and Indonesia. Her writing is featured in the Routledge Handbook of Cultural and Creative Industries in Asia (2019).