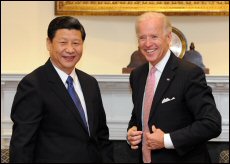 (From the Hong Kong Trader)

When Xi Jinping visited Los Angeles last month (February), it seemed the Chinese Vice President had heeded the old adage that a performer must always play to his audience.

And so it was that Tinseltown was chosen as the setting of the announcement – shortly after Mr Xi met with his US counterpart Joe Biden – that China was to relax its quota on the number of international films allowed to screen in the country each year. The audience, as expected, was very happy indeed.

Instead of the current quota of 20 – something the American film industry and its counterparts across the globe had been working for almost a decade to raise –China will now allow in an estimated 35 films in each year, with the majority of these productions from the big box-office drawcard formats of IMAX and 3D.

"This landmark agreement will return a much better share of the box office revenues to US studios, revising a two-decade-old formula that kept those revenues woefully under normal commercial terms. And it will put into place a mechanism that will allow over 50 per cent more US films into the Chinese market," said Christopher Dodd, head of the Hollywood lobby group the Motion Picture Association.

That share is important, given the numbers being returned from China these days. Box office earnings from the Chinese mainland in 2011 reached US$2.1 billion, a year-on-year rise of 29 per cent. Considering that the market has been growing at about that rate annually for the past few years, it’s not hard to see why the entertainment world wants a slice of the action.

The China Film Producers' Association project that the number of mainland cinemas in the country will total 7,000 by 2015 – compared to the estimated 6,000 that exist to date – and the multiplexes are steadily sprouting outside such major centres as Beijing and Shanghai to second- and third-tier cities, including Dalian and  Tianjin.

The news following Mr Xi’s US visit was equally welcomed inHong Kong, as the city prepares to host the annual Hong Kong International Film and Television Market (FILMART), 19-22 March. With the Chinese film industry capturing the headlines, international and local film companies will be exploring how to make the most of the new opportunities.

“The news, of course, is good for the whole industry,” says Wellington Fung, Secretary General of the Hong Kong Film Development Council and a veteran of the local industry. “We all work on the theory that competition in this industry is good for us all. Competition makes us all better in the long run, it increases the creative move.

“As for Hong Kong specifically, it is good news because it means the mainland is going to relax its rules a little bit more and we can anticipate more relaxation along the way, and through that, more opportunities.”

The Hong Kong film industry is already benefiting from a policy change across the border. Last year saw the first “truly Hong Kong film,” as Mr Fung describes it, allowed into cinemas in Guangdong outside any restrictions. Previously, while Hong Kong productions were allowed into the mainland under the 2003 Closer Economic Partnership Arrangement (CEPA), these films had to be Mandarin versions of the productions.

“We have had four films screened there, lower budget youth films, and this opens up a population of close to 100 million, so it is very exciting,” says Mr Fung. “This also extends into Guangxi and Hainan, so it is a massive new audience and is another thing that provides a lot of opportunity for the local film industry here. That audience also speaks Cantonese, so the potential for what we call purely local Hong Kong films has suddenly become much larger.”

Not having to dub the movies cuts costs for filmmakers, allowing greater freedom for the Hong Kongfilm industry to do what it has always done best, Mr Fung believes.

“For pure Hong Kong-style films, this is a great opportunity and we think it really will encourage the industry and young filmmakers,” says Mr Fung.

He added that Hong Kong’s role in helping the Chinese movie industry expand and improve through co-productions, will also benefit from the recent developments.

“If you look at the box office in China last year, six of the top 10 films were Hong Kong-China co-productions, so this is something that is really successful and will expand as the film industry there continues to expand.”

Among the hit films to benefit from the input of Hong Kong filmmaking know-how in the past 12 months have been Chinese director Zhang Yimou’s The Flowers of War, which has just finished its run and grossed an estimated Rmb600 million, and Tsui Hark’s The Flying Swords of Dragon Gate, which took in Rmb400 million.

“The market in China is still growing and that is good news for all of us,” says Mr Fung. “In any industry, 30 per cent growth every year is exciting and this is something all Hong Kong filmmakers are excited about.”

Mr Fung also believes that Hong Kong continues to be an ideal springboard fro the international film industry interested in breaking into the China market.

“Major studios already have a footprint either here or on the mainland, but the easy access Hong Kong offers certainly means it is more attractive for international companies to come here to use the city as a gateway to China,” he says. “That is a big advantage for Hong Kong and we think that with the latest developments inChina, things are only going to continue to get better.” 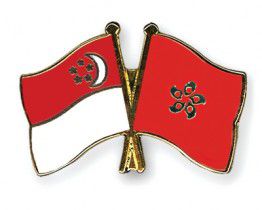 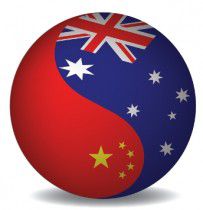 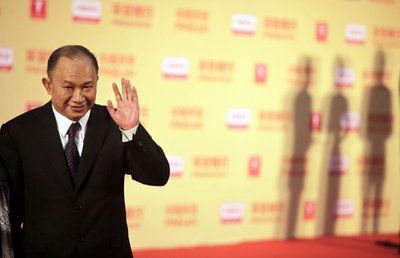