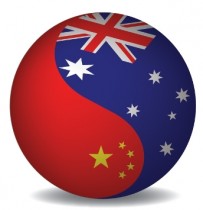 Australian movie makers are being encouraged to tap into China's booming film market through co-productions with Chinese screen producers.

But a new alliance between Australian and Chinese screen producers will help facilitate more co-production opportunities between the two countries.

The Screen Producers Association of Australia and China Screen alliance aims to help producers navigate through the Chinese bureaucratic processes.

South Australian film producer Mario Andreacchio was the first Western movie producer to gain approval for a co-production with a Chinese film company.

"In Xi'an alone they have over 300 film production companies," he said.

"This is typical of the potential in the film-making industry that exists in provinces and regions around China."

The Screen Producers Association of Australia says film production, like the economy in China, is booming with 2010 box office takings expected to exceed US$1.5 billion.

"That is expected to get to $4.5 billion in the next 5 years," SPAA executive director Geoff Brown notes.

"And we are one of the first countries to be making such a serious effort on co-productions with China, which means we have a head start."

The new alliance could also help to boost the value of Australia film industry, valued at $731 million for 2009/10.

The figure represents just a two per cent growth since 2008/09, despite foreign features including The Chronicles of Narnia being shot locally.

And the big name foreign films did nothing to boost foreign investments in Australia in 2009/10, which took a nose dive on the previous years figures.

Foreign investors provided $68 million, or 23 per cent, of overall Australian film finance in 2009/10.

The Federal Government is undertaking a review of the viability of Australia's film and television industry, which is expected to be ready by the end of 2010. 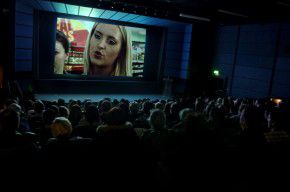