A center for Philippine art and culture, the Jorge B. Vargas Museum and Filipiniana Research Center’s (Vargas Museum) main thrusts are research, exhibition and education. It enjoys the unique distinction of being the only art repository in the country embracing the entire range of Philippine artistic creativity from the 1880s to the 1960s. Through its collection of oil paintings, watercolors, pastels, drawings, and sculptures, the Vargas Museum aims to contribute towards the appreciation of the country’s artistic heritage and to foster an awareness of the history of Philippine art. The building of the Vargas Museum was formally inaugurated in 1987, almost nine years after Mr. Vargas donated his collection to the University of the Philippines. Jorge B. Vargas (1890-1980) was the first Executive Secretary of the Philippines, serving during the Commonwealth period beginning November 15, 1935 under President Manuel Quezon. His political career continued during the Japanese Occupation when he was Chairman of the Philippine Executive Commission and Mayor of Manila in 1942. Later, he was appointed ambassador extraordinary and plenipotentiary to Japan from 1943 to 1945. On March 1, 1978, he donated his collection of art (painting, sculpture, print), stamps and coins, books and periodicals, personal papers, and memorabilia to the University of the Philippines where he studied Liberal Arts from 1909 to 1911 and Law from 1911 to 1914. In 1983, the University laid the cornerstone for a building that would house his collection, originally displayed in a private museum located at the Kawilihan compound in Mandaluyong in Manila, where he resided. The transfer of the objects to the Diliman campus began in 1986. The multi-level architecture was designed to support the museum’s diverse functions. The Vargas Museum has a bookshop and space for the museum’s community arts programme and a café for the museum and the university’s visitors. The Ground Floor is the main access to the building. Its front lobby serves as the main reception area with stairs leading to the other levels of the structure. This floor features areas for changing exhibitions. The Lobby hosts temporary exhibitions, lectures, meet-the-artist sessions, book launches, poetry readings and music recitals and concerts. Another area designated for changing displays on the west side of the building is the West Wing Gallery that stretches the whole area of the western portion and also covers the back side of the building. This area is designated for major solo exhibitions or group shows of contemporary artists. Visitors will find on the second floor the Main Gallery of the Vargas Museum where the exhibit of the permanent art collection is displayed. On occasion it hosts special exhibitions such as those touring from abroad or local collections that require ideal conditions for display. The Third Floor houses the Library and Archives and the Vargas memorabilia. It also has an exhibition space called the North Wing Gallery where photography and mostly contemporary art are exhibited. The South Wing Gallery holds thematic exhibitions of the permanent art and archival collections. Technical and artistic support services personnel – curator, researcher, specialist and staff – also hold office in this level. The basement is the Vargas Museum’s activity center, where workshops and community arts programmes are held. Permanent collections: The Vargas art collection tells an important story about Philippine modern art. It scans critical shifts from the late Hispanic academic period at the turn of the nineteenth century to the early phases of modernism at the beginning of the twentieth under American rule. This is an index of transformations from the realism of the European salon to post-impressionism, the school of Paris, and art nouveau and art deco. In these cycles, key artists may represent germinal tendencies: Juan Luna and Felix Resurreccion Hidalgo, Fernando Amorsolo, and Victorio Edades. Their works are in the collection, alongside those of their peers who had likewise paved the ground for Philippine art to find its cosmopolitan measure. The collection loses its spirit if it is not felt in the context of current history and present consciousness. The Vargas Museum is committed to initiate conversations between the art of the past and contemporary expression, so that in their encounter, the past gains presence and the contemporary recovers its roots. The relationship between the practice of collecting art and the process of forging a republic under American tutelage during the Commonwealth is probed as well, still a vital part of the constant reflection on the institution, the collector, and the community of scholars and the wider public sphere to which the museum addresses itself. 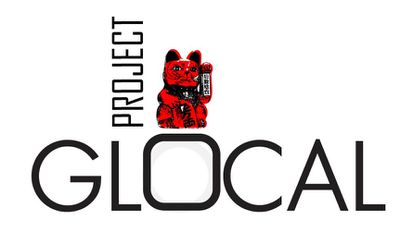