Resources > Skopelos Foundation for the Arts

Skopelos Foundation for the Arts

Skopelos Foundation for the Arts was established as a non-profit organization in 1999.

The mission of the Foundation is to promote the visual, performing and literary arts and education in the arts through cultural exchanges. Guided by the Hellenic history and culture, the Foundation will promote artistic dialogue between the Greek, American and International communities of artists.

In 2000, a traditional Greek kiln was built on the Foundation property, so that people could experience ceramics the way the Greeks had done it for centuries. The ceramics area is open raw space with a gorgeous view of the neighboring island, Alonnissos. There are two electric kilns, three wheels on site and as mentioned, a wood-burning kiln. The Foundation is affiliated with Nikos Rodios, who is a world renowned potter and is known for his patented firing technique that creates a beautiful onyx that he applies to his work modeled after ancient utilitarian pieces.

The Foundation is set up to offer workshops <http://skopartfoundation.org/2015-programs/> from June through September and artist’s residencies from March through November. SkopArt has been lucky enough to host artists from many parts of the world including, Australia, Canada, Bulgaria, England, France, Greece, Holland, Hungary, India, Japan, Korea, Poland, Puerto Rico, Romania, Russia, Sweden, Switzerland, Thailand and the United States. The Foundation requires a minimum of a two week stay, an application 90 days prior to arrival and all applications must be approved by the Board of Directors. 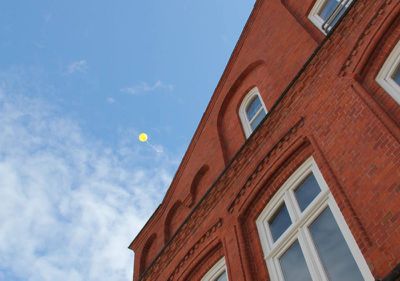 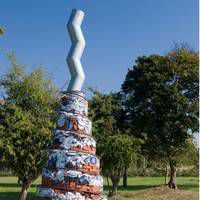