The National Theatre of Japan is a complex consisting of three halls in two buildings in Hayabusa-cho, a neighborhood in Chiyoda, Tokyo, Japan. The Japan Arts Council, an Independent Administrative Institution of the Ministry of Education, Culture, Sports, Science and Technology, operates the National Theatre.

As an Independent Administrative Institution under the Japanese Government, the Japan Arts Council carries out its activities according to the "Annual Plan" and the "Mid-term Plan", that are formed to attain the "Mid-term Objectives" appointed by the Minister of Education, Culture, Sports, Science and Technology. The main objectives of the Council are to preserve and promote traditional performing arts, and to promote and popularize modern performing arts in Japan.

To realize these objectives, the Council carries out the following projects.

The website of the National Theatre of Japan mainly informs on traditional styles of performance - Kabuki,Bunraku,and Noh and Kyogen. 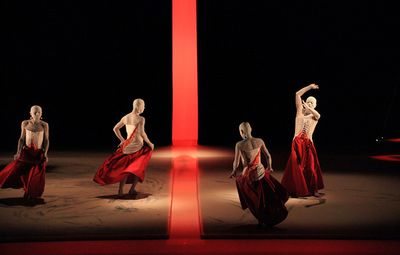