The idea of opening in Lisbon a museum dedicated to the Orient coincides with the establishment of the Fundação Oriente, in 1988.  Following a Portuguese tradition, the Foundation allowed itself to be guided by its vocation to build links between civilizations in the West and in the East that have became indispensable to guarantee a peaceful future in the 21st century.  Its legacy is the spirit of the bygone Portuguese, the navigators who invented the union of the world.  Its purpose was and is to guarantee the actuality of that extraordinary vision that every day continues to be put to the test.

The Museu do Oriente fulfills that intention. Its collections of Portuguese and Asian art are a most important demonstration of the historical encounters between the West and East. With the same purpose, the collections that assemble traditional cultures of Asia are a demonstration of its richness, of its plurality and its genius, that we want better known in Portugal and in Europe.

The opening of the Museu do Oriente, in 2008, marked a new cycle for the Fundação. The principles that determined its creation are maintained, as well as the wish to continue to serve Portugal and its vocation to contribute towards the meeting of West and East and to the relation between civilizations in which knowledge, art and also economic ties substitute ignorance, fanaticism and war. 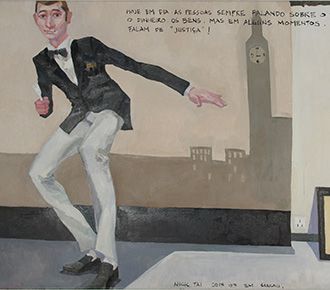