Opportunities > Submissions Open for Shorts | 'In The Palace' Festival 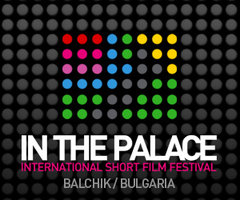 The 11th IN THE PALACE International Short Film Festival is calling for Entries before 1st March, 2013. The categories for submission are films under 27 minutes in the genres of Fiction, Documentary, Animation and Experimental (including Hybrid Forms and Formats, digital art works). In The Palace ISFF will be held in Bulgaria from 29th June to 6th July, 2013.

IN THE PALACE is an International festival dedicated to short films under 27 minutes in length. It is held annualy in the late June in the Black Sea town of Balchik and the city of Varna. Established in 2003, the festival had grown from a competitive forum for student films into the largest and most prestigious short film festival in Bulgaria and the region. The Festival aims to present the contemporary film art in Bulgaria, Europe and the World, contributing to its development and creating a favorable environment and platform for young filmmakers and established professionals.

IN THE PALACE is organized by Format SFF Foundation and Community Centre Veshtina in partnership and with support of Balchik Municipality, the Bulgarian Ministry of Culture, the Bulgarian National Film Centre and the State Cultural Institute – Cultural Centre “The Palace”, Balchik, and is the first and only short film festival in Bulgaria, funded by the MEDIA Programme of the European Union.

10th IN THE PALACE I International Short Film Festival I BULGARIA