The Venice Biennale - Biennale Arte 2019 on the theme: May You Live In Interesting Times is open 11 May > 24 November 2019. Winner of this year's Golden Lion for Best National Participation is the Lithuania pavilion - Sun & Sea. The jury was impressed with the inventive use of the venue to present a Brechtian opera as well as the Pavilion’s engagement with the city of Venice and its inhabitants. Sun & Sea (Marina) is a critique of leisure and of our times as sung by a cast of performers and volunteers portraying everyday people.

Special Mention was awarded to the Belgian Pavilion

Read this review of the Lithuanian pavilion Sun & Sea on Artnet:

So much art about climate change is bad. It’s preachy, literal, unimaginative, and hung up on aerial shots of floods or topographical maps. By contrast, Lithuania’s pavilion at the Venice Biennale, titled Sun & Sea (Marina), is a revelation. It is a chilling work about climate change that is also an opera about a day at the beach.

From a balcony on the second floor of a warehouse in Venice, viewers look down at a sandy tableau, where performers of all ages and sizes splay out on towels under beach umbrellas, scrolling through their iPhones and thumbing through magazines. The sounds of seagulls and ice cream trucks echo in the distance. One by one, the vacationers sing about a world very similar to our own, full of minor inconveniences.

The project—floated as one of the leading contenders for the Golden Lion, awarded to the biennale’s best national pavilion—is the work of theater director Rugilė Barzdžiukaitė, playwright Vaiva Grainytė, and composer Lina Lapelytė. It first debuted at Vilnius’s National Gallery of Arts in 2017 in Lithuanian and was adapted into English for the biennale. (“It’s like a new piece because you have to rewrite the score in a new language—it was a challenge,” Grainytė told artnet News.) The Venice version has been organized by Lucia Pietroiusti, the curator of public programs at London’s Serpentine Galleries. 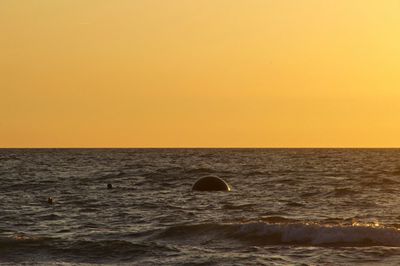 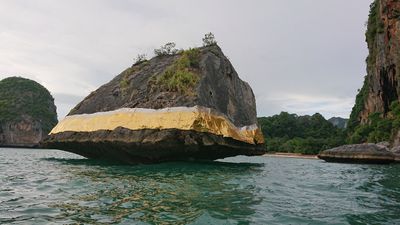