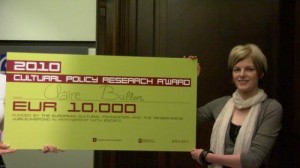 Claire Bullen (UK) was announced winner of the 7th Cultural Policy Research Award 2010 (CPRA). The prize, worth €10,000 for the best proposal in comparative cross-cultural research in Europe, is a joint initiative of the European Cultural Foundation along with the Swedish Riksbankens Jubileumsfond in partnership with ENCATC. The final decision was announced on 7 October during the 18th ENCATC Annual Conference which took place in Brussels (6-8 October 2010). The 6 finalists were shortlisted among 22 applications from 13 countries and each presented their research proposal publicly to the CPRA jury and to all the participants of the Young Cultural Policy Researchers Forum at the international event.

Claire Bullen, a British national born in 1977, is a 2nd year PhD Student at the Research Institute for Cosmopolitan Cultures – an inter-disciplinary research centre at the University of Manchester. The title of her research project is "European Capitals of Culture and everyday cultural diversity: Comparing social relations and cultural policies in Liverpool (UK) and Marseille (France)". The project will develop an analytical framework to compare everyday cultural diversity in two multi-ethnic urban neighbourhoods in France and the United Kingdom, and will be carried out over the next year.

The CPRA was launched in 2004 to stimulate cultural policy research in Europe, and to enable cultural policy researchers to take a step from evaluative (descriptive) to comparative applied research that can inform policymaking and benefit practitioners active in the field. The research projects must shed light on contemporary European cultural issues and challenges by analyzing them and offering policy solutions. The CPRA is administered by ENCATC since 2007, and reflects ENCATC’s commitment to contributing to the creation of a network of young cultural policy researchers competent in comparative research. This year’s CPRA took place in the context of ENCATC’s 18th Annual Conference which attracted over 150 participants from across Europe and other world regions – educators and managers, researchers and policy makers. It was embedded in the 4th edition of the Young Cultural Policy Researchers Forum. Supported by ENCATC and the European Cultural Foundation, the Forum brought together around fifty confirmed and emerging researchers in the field of cultural policy in a European context from a wide range of countries.

Additional information concerning this award ceremony, including interviews of the shortlisted candidates for the CPRA and members of the jury, are accessible on the CPRA pages of ENCATC’s website. 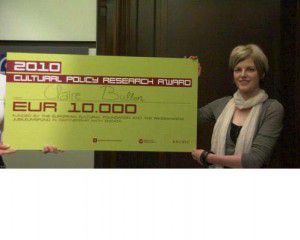 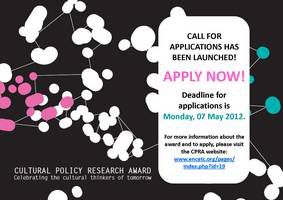 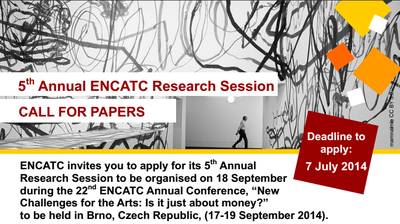