The 9th Performing Arts Market in Seoul (PAMS) will take place from 7th to 11th October 2013 at the Sejong Center, the National Theater Company of Korea, and various venues in Seoul. It will focus on Asia this year. Registration is now open. PAMS is annually presented by the Korea Arts Management Service (KAMS), with support from the Ministry of Culture, Sports and Tourism, in the Republic of Korea to encourage communication, exchange, and creative cooperation between its participants. PAMS provides a variety of stimulating programs to more than 1,500 participants, with its Showcases, Booth Exhibition, LIP (Looking for International Partners) Pitch Session, Focus Session and Networking meetings (Round table, Speed Dating, PAMS Night). Being cross contemporary, continental, and rejoicing in cultural differences, PAMS promotes a creative collaboration network and distribution of deep ideas. In 2012 there were 1,418 Korean attendees and 223 overseas attendees from 53 countries. Marking the ninth edition this year, PAMS has been facilitating creative cooperation and helping performing artists/companies to be active abroad. Through PAMS, Korean and Australian artists/companies co-produced Tale of Samulnori. Moreover, many artists/companies went overseas such as Pansori Bercht ‘Sacheon-ga’ of Pansori Project ‘ZA’ has been active in France consistently and Geumhyung Jeong has presented her work to Europeans. PAMS Choice showcases a selection of artistic excellence and outstanding works in the Korean performing arts. From 2005 to 2012, 130 performances of PAMS Choice have been presented 630 times in Asia, Oceania, the Americas, and Europe. Cooperating with the Arts Council Korea and the Literature Translation Institute of Korea, winners of PAMS Choice could be supported for their international touring. In 2013, PAMS is expected to select around 10 outstanding Theater, Music, Dance, and Multidisciplinary arts. Focused on Visegrad & Balkan countries in 2012, PAMS sets its focus on Asia in 2013. Especially this year, PAMS is cooperating with the AAPPAC (Association of Asia Pacific Performing Arts Centers) 2013 Daejeon conference, in order to strengthen its positional bridge and window connecting Asia with the rest of the world. Also, PAMS is placing attention on leadership and partnership of the Asian performing arts scene and will deliver and discuss current issues through the Focus Session. In collaboration with Korea’s most renowned performing arts festivals, PAMS gives opportunities to broaden the spectrum of discoveries to PAMS participants. Seoul Performing Arts Festival (2nd to 26th, October, www.spaf.or.kr), Seoul International Dance Festival (8th to 27th, October, www.sidance.org), and AAPPAC 2013 Daejeon conference (7th to 9th, October, www.djac.or.kr) will be held around PAMS 2013. PAMS 2013 registration gets started online in early August at www.pams.or.kr Early bird registration for individual delegates are available throughout the month. Registration for booth exhibitors is available from 1st to 25th, August. 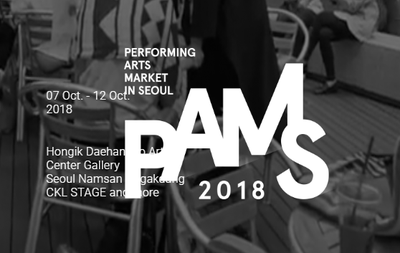 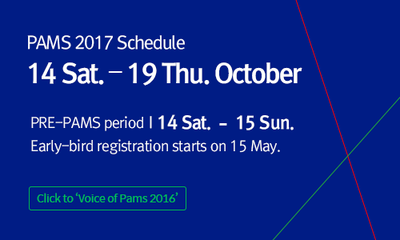 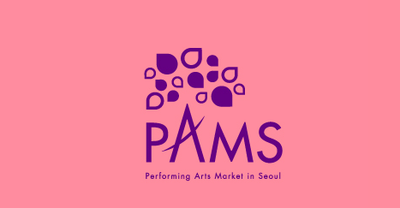