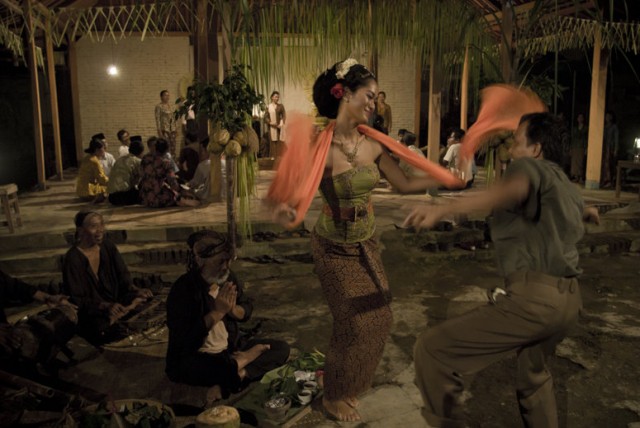 The Alliance Française de Singapour presents A Javanese Affair – a week showcasing Indonesian culture in Singapore from 21 February to 25 February 2012. The award-winning movie “The Dancer” directed by Ifa Isfansyah will be screened on Thursday 23rd of February as part of the programme. Sang Penari -The Dancer is based on a trilogy of books, Ronggeng Dukuh Paruk, by Ahmad Tohari. Director Ifa Isfansyah read the first two books when he was in high-school, and the story touched a chord within him, so much so that he did not hesitate for a moment when presented with the opportunity to adapt the novel into a film. "In Indonesian cinema, not many films have been made on the subject matter of communism as seen from the eyes of the rural community. Films on the subject are always made through an urban point of view. Therefore when I was approached by the producer to direct Sang Penari, I was very happy. I re-read the first two books, and read the third book in 2008 before embarking on the project. I found the story very powerful, very important. I thought that it would be good to bring it to a larger audience", says Ifa Isfansyah, the man behind the film. "The story itself is very complicated, it has many dimensions, many layers. There is the political aspect, the cultural aspect and there is also a love story embedded within. It was a challenge to adapt the novel into a film, because of the many layers. The team involved in the making of Sang Penari decided to make love the principal theme of the movie. We felt that it will have the most appeal among the young cinema-goers of Indonesia, since they form the majority of the audiences in Indonesian cinema,” explains Ifa. The Plot Sang Penari is a love story that takes place in a poor Javanese village, Dukuh Paruk, in the mid 1960s. Rasus, a young military officer, is looking for the love of his life, Srintil. They are separated by the darkest period in Indonesian history. Srintil and Rasus have loved each other their whole life. But Srintil’s gift is driving them apart, when the village elders see her magical dance as a sign of the indang, a spirit that can befall only a real ronggeng. And they believe that a dancer bestowed with the indang will lead them to order and prosperity. A belief strongly embraced by Srintil, but abhorred by Rasus, because this means Srintil will never be his only. Robbed of his love, he leaves the village in desperation to become a soldier. As the country sinks into political turmoil, Rasus has to choose between his loyalty to his country and his love for Srintil. Their love is tested as they find themselves on opposite sides of history. 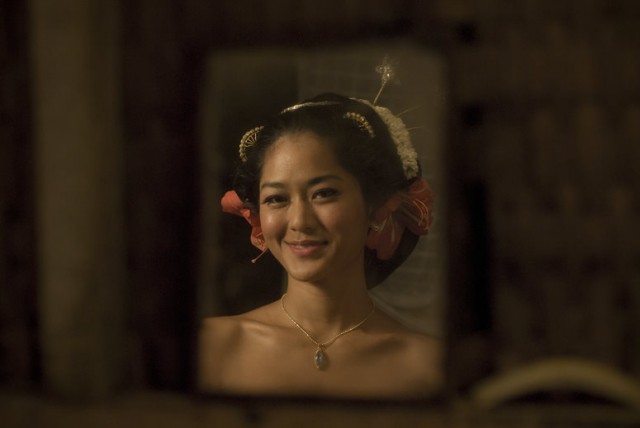 An international audience for The Dancer “My favourite scene in the film is when Rasus gets together with Binsar. It is a very simple scene of the two of them talking, having dinner, establishing a relationship. It is a very strong scene, and its simplicity carries an important significance in the development of the film,” Ifa says. Director Ifa Isfansyah attempted to cast the lead role in Banyumas, but failed after several months looking. He eventually chose a new actress, Prisia Nasution, who one year after the first meeting, came back to Ifa and convinced him with her deeper understanding of Srintil’s character. Sang Penari was released on 10 November 2011. It played in cinemas across Indonesia for more than a month. However, Ifa says that he was disappointed with the audience turn-out. “There were less than 100 million who watched Sang Penari. I am happy that it played for so long in the cinemas, but quite let down with the number of people that went to watch the film in Indonesia. We decided to bring the film to a wider audience, an international audience. We want Sang Penari to be shown to the world,” he says. Awards Sang Penari was nominated for nine awards and won four Citra Awards in Festival Film Indonesia, Indonesian Academy Awards, 2011 - for Best Film, Best Director (Ifa Isfansyah), Best Leading Actress (Prisia Nasution) and Best Supporting Actress (Dewi Irawan). On winning the Best Director Award, Ifa says, “I am of course very happy to win the award. The process of realizing the novel into a film was a long one, and all of us put a lot of energy into the film. This process has given me a higher level of creativity, set a higher standard for me to achieve for my next film. The novel Ronggeng Dukuh Paruk by Ahmad Tohari is considered to be one of Indonesia’s high literary works, and in winning the Best Film Award I am doubly happy that the novel also shares some of the limelight.” “I am curious about the international reaction to Sang Penari. We know how the Indonesian public reacts, and I want to know what audiences in different countries, including Singapore, will think of the film…” concludes Ifa Isfansyah. Sang Penari is a co-production involving producer Shanty Harmayn’s Salto Films, the Netherlands’ Fu Works and France’s Les Petites Lumières. The €1 million film began shooting in September 2010. Private finance from Indika Pictures accounts for approximately half the budget. The film also received financial support from France’s Fonds Sud Cinéma production fund. Since its creation, the Fonds Sud Cinéma has helped more than 300 film projects. To its credit is the discovery of many new talents acknowledged by international critics and rewarded by the most prestigious festivals.