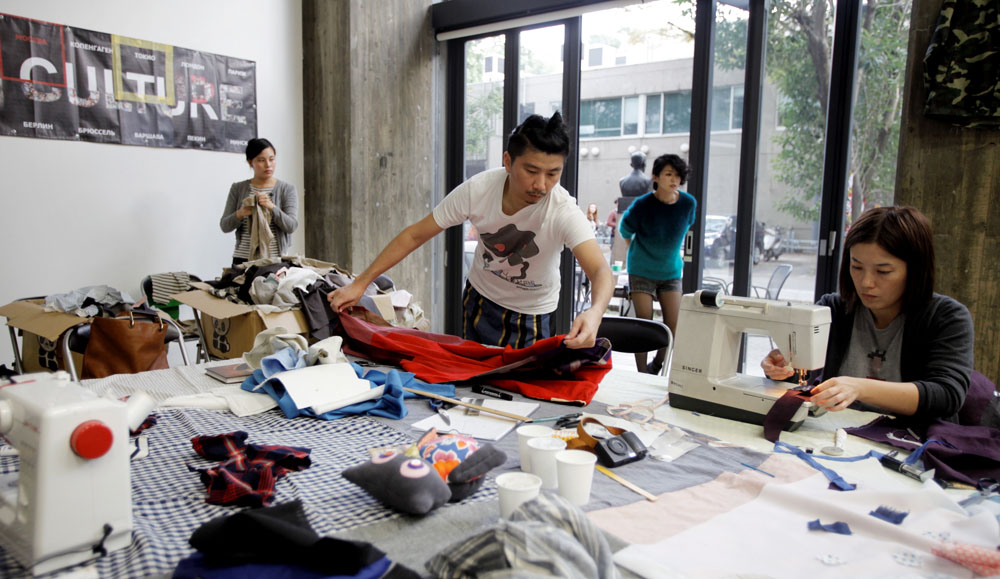 I, CULTURE - Poland's EU Presidency 2011 flagship contemporary crafts project - travelled to Asia this October with a special edition in Tokyo followed by a workshop in Beijing.

Tokyo marked the first Asian stop of the I, CULTURE Contemporary Crafts Project tour. The Tokyo edition of I, CULTURE Crafts took place in cooperation with a special initiative established by Prof. Kazue Kobata, head of Intermedia Art Department at the Geidai Tokyo University of the Arts, and her doctorate students. The Japanese installment took into account the aftermath of the earthquake last March

Thanks the cooperation with the students and alumni of Tokyo's Geidai University of Fine Arts, the Japanese edition of I, CULTURE Contemporary Crafts project was the most wide-spanning and elaborate installment of all the editions worldwide.

Special emphasis was laid on human skill and work as the most precious kind of commodity. Prof. Kazue Kobata involved her doctorate students in creating installations which would visualise their thoughts and reflections brought up by the I, CULTURE theme. In her meetings with students a wider meaning was given to the relation between "I" and "culture". Currently in Japan, when most people are still struggling with the effects of the tsunami, whether material or psychological, the topic of the disaster is continuously present in every area of life. Faced with such a huge tragedy, yet another lesson on the fragility of man faced with nature, as well as the psychological effects of the tsunami, the artists feel obliged to take a stand in the discussion on the role of an artist during such distress.

Other questions pertinent to the discussion included: what kind of help can an artist provide? who should be the audience of the artwork? Is this work of any significance? if yes - what value does it represent?


This catastrophe showed us what is really valuable - the skill of manufacturing objects and the people who have this skill. Before the tsunami we used to take the craftsmen for granted. But now, as their homes and their entire life's work have been wiped out by the disaster, we appreciate the fragility of their work, and its both ethereal and irreplaceable value. We became all the more determined to show this with the I, CULTURE project. It was also important for the endeavour to take on a local character and establish itself within the context of Tokyo. The idea of the Tokyo Art Power Plant emerged from this need.

Read more about the I, CULTURE project in Tokyo.

The participants gathered at the 798 Art Zone Creativity Square, a former weapon factory which now functions as one the Chinese capital's most hip artistic venues. This privately owned space hosts numerous galleries and showcases some of the world's most prominent artists. An exhibition by Ai Weiwei was running alongside the I, CULTURE Craft Workshops.

The flagship project of the Polish Presidency of the EU Council was modified for the Asian installment in Beijing. The project's spritus movens, Monika Jakubiak asked two Chinese artists to interpret the I, CULTURE theme and propose a local formula of the project that would best fit the local context.

Read more about the I, CULTURE project in Beijing.

I, CULTURE serves as both a flagship project and the catchphrase for the cultural programme of the 2011 Polish Presidency of the EU Council at the initiative of the Adam Mickiewicz Institute. It had its previous installments in London, Paris, Madrid, Brussels, Berlin, Kiev and Moscow.

Conducted by artist and fashion designer Monika Jakubiak and carried out world wide by 260 volunteers, I, CULTURE inquires about the role played by crafts and practical manual skills in our contemporary civilisation. The theme is a universal one, common in all of the culturally diverse countries, yet participants look into the function and role played by craft from a local perspective.

The I, CULTURE Contemporary Craft project aims to create an awareness of each person's relationship and active engagement in culture, especially those who do not work in any artistic profession. The I, CULTURE Contemporary Craft Workshop series, which are also supervised by Jakubiak, make up an international sewing project. Over the 6-month term of the Polish Presidency, participants from the 12 different cities (Berlin, Brussels, Kiev, Copehnhagen, London, Madrid, Minsk, Moscow, Paris, Beijing, Tokyo and Warsaw) create each individual square of this puzzle.

The result of this extensive project will be an eclectic arrangement of the 12 squares, spelling out the I, CULTURE logo, at the end of the Presidency term.

Asia and Europe | Intercultural Dialogues in Theatre and Dance 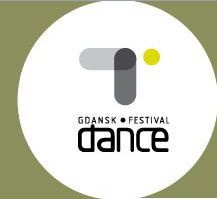