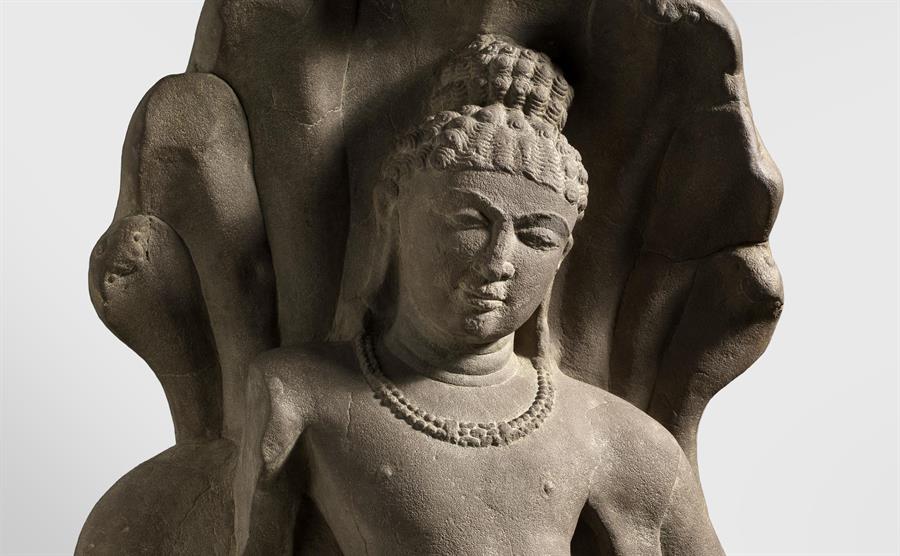 The National Gallery of Australia has deaccessioned three Indian sculptures from the national collection and will voluntarily return them to the Government of India after new information emerged regarding their ownership history. National Gallery of Australia Director Nick Mitzevich said the Gallery and its staff were committed to the ethical collection of cultural material and best practice collection management: “We are committed to resolving provenance issues as a highest priority — we now know enough about these works and want to see them returned to their rightful owners,” Mr Mitzevich said. The works being repatriated are two 15th century stone sculptures Pair of door guardians (dvarapala) and the 6th to 8th century stone sculpture The serpent king (Nagaraja). All three works were bought from New York art dealer Subhash Kapoor. The decision to formally deaccession and repatriate the sculptures follows new evidence in criminal charges levelled against Kapoor in New York. “After studying the criminal complaint, there was sufficient doubt around the provenance of these sculptures to remove them from the national collection. We take these matters very seriously and have acted at the earliest opportunity,” Mr Mitzevich said. “Governance procedures have been implemented for us to assess and find a resolution on issues of provenance across the national collection. This includes reviewing works where there is any concern regarding their ownership history and establishing an Ethics Advisory Committee, which will be responsible for overseeing provenance processes.” Former High Court Justice Susan Crennan has conducted two provenance reviews for the National Gallery of Australia and, most recently, provided a framework for evaluating evidence and assessing works of art with questionable chains of ownership. Where there was a high probability the works were stolen or illegally exported, as in the case of the three sculptures, deaccession and repatriation was recommended. Following its extensive provenance research over recent years, the National Gallery’s specialist provenance team is now recognised as a global leader in the field. The Gallery is committed to ongoing research across its collection to ensure it meets the highest standards expected of a national collecting institution. For additional information, please check the National Gallery of Australia's press release and this article by Gina Fairley in ArtsHub.

Picture above from National Gallery of Australia / ArtsHub