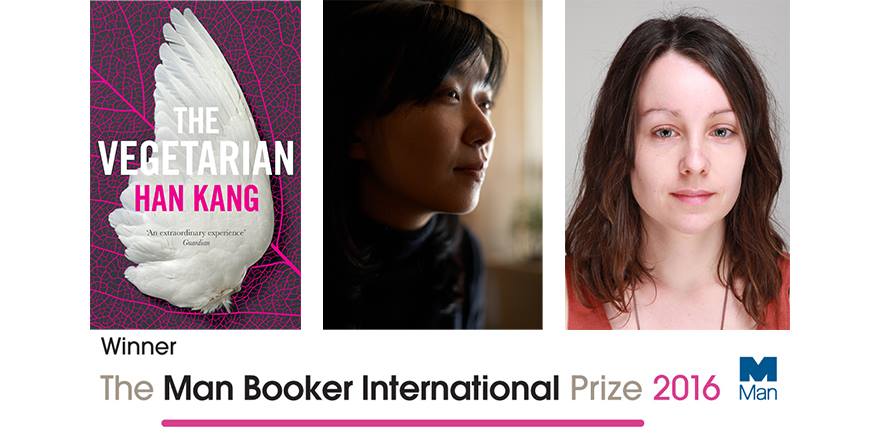 The inaugural winners of the new Man Booker International prize are the Korean novelist Han Kang and her translator Deborah Smith for The Vegetarian. The prize rewards the best translated novel of the year, a high-profile acclamation with a generous prize pot split evenly between translator and original author.

From 2016 the Man Booker International Prize has evolved to encourage more publishing and reading of quality fiction in translation. From this date the prize is awarded annually on the basis of a single book.

Han, who shares the £50,000 award equally with Smith, took the award for The Vegetarian, a three-part novel described as “concise, unsettling and beautifully composed” and an “uncanny blend of beauty and horror” by judges. It tells of “a completely ordinary wife” who decides to become a vegetarian as she seeks a more “plant-like” existence. The controversial decision provokes cruelty from her husband and from her father, and obsession from her sister’s husband, as the woman, Yeong-hye, dreams obsessively about becoming a tree.


Han Kang was born in Gwangju, South Korea, and moved to Seoul at the age of ten. She studied Korean literature at Yonsei University. Her writing has won the Yi Sang Literary Prize, the Today's Young Artist Award, and the Korean Literature Novel Award. The Vegetarian, her first novel to be translated into English, was published by Portobello Books in 2015. Human Acts was published by Portobello books in 2016. She currently teaches creative writing at the Seoul Institute of the Arts.

Deborah Smith was monolingual until the age of 21. Deciding to become a translator upon finishing her degree in English Literature, with no previous experience in this field, she chose to pursue Korean due to a lack of English-Korean translators and moved to Korea to realise this dream. Her translations from Korean include Han Kang’s The Vegetarian and Human Acts, and Bae Suah’s The Essayist’s Desk andThe Low Hills of Seoul. She recently founded Tilted Axis Press, a not-for-profit publishing house focusing on translations from Asia. She tweets as @londonkoreanist

Read more in The Guardian